Session led by Vasvija Vidovic focused on importance of publicity and transparency – as the only way for the public to keep an eye on the judiciary. 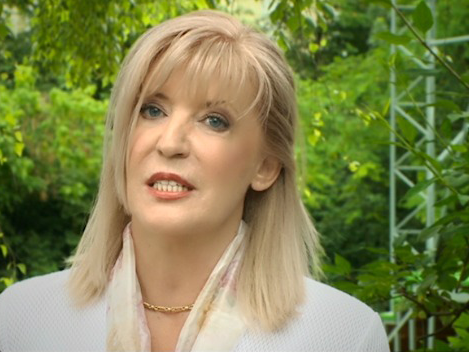 Journalists of BIRN BiH attended a training session held by Vasvija Vidovic, a highly respected lawyer from Sarajevo with long experience in the field of law, in order to gain fresh education and insight into impartial reporting, the fight for transparency in the judicial sector and respect for the freedom and rights of the media.

Vidovic, one of the most eminent persons in the Bosnian judiciary, began her long career in the former Yugoslavia as a judge in the crime section. In the meantime she gained extensive experience in numerous lawsuits and international and prosecution projects.

The training focussed on the importance of the principle of publicity within the law on criminal proceedings, as prescribed under the European Convention, and on transparency and freedom of the media as the only way for the public to monitor the judiciary on behalf of citizens.

During their discussions, the trainer and the journalists reflected on examples from Bosnian practices that BIRN BiH journalists face daily while following war-crime trials and reporting on corruption, crime and terrorism.

Mentioned examples concerned disrespect for the principle of publicity and misuse of exceptions, with the aim of hiding omissions within the judicial system in Bosnia.

In view of such occurrences, Vidovic informed journalists of their rights, of the lawfulness of excluding the public, of the most frequent ways of keeping the public away from hearings against legal provisions, as well as their obligations to be clear, vociferous and persistent in their fight for transparency and information from court proceedings, unless stated otherwise under the law.

The importance of authentic reporting and of the correctness of all pieces of information published on a media platform was accentuated in the BIRN training.

Besides that, examples of blatant violations of the presumption of innocence by the media in Bosnia and Herzegovina were also presented.

Vidovic praised the past practices of BIRN BiH journalists, pointing out that analyses by legal professionals indicated that BIRN BiH reported in an objective and professional manner.

Journalists were informed of their rights and obligations related to publishing personal data about suspects, as well as the obligations of prosecutors’ offices and the media in case of the termination of certain proceedings that had been published previously.

The attorney dedicated part of the training to protection of privacy, as well as to journalists’ inviolable right to protect their sources.

She also pointed to the importance of multiple checks of information and models of reporting in which journalists avoid making assertions, minimizing the chances of being accused of defamation.

By organizing this training session, BIRN BiH rounded off the education of its staff in the field of improving reporting on war crimes, and preparing them for the monitoring of the judiciary and reporting on organized crime, terrorism and corruption.