The media commission in Albania’s parliament held a hearing on January 25 dedicated to BIRN Albania’s study, A Blind Eye on News: Self-Censorship in the Albanian Media. 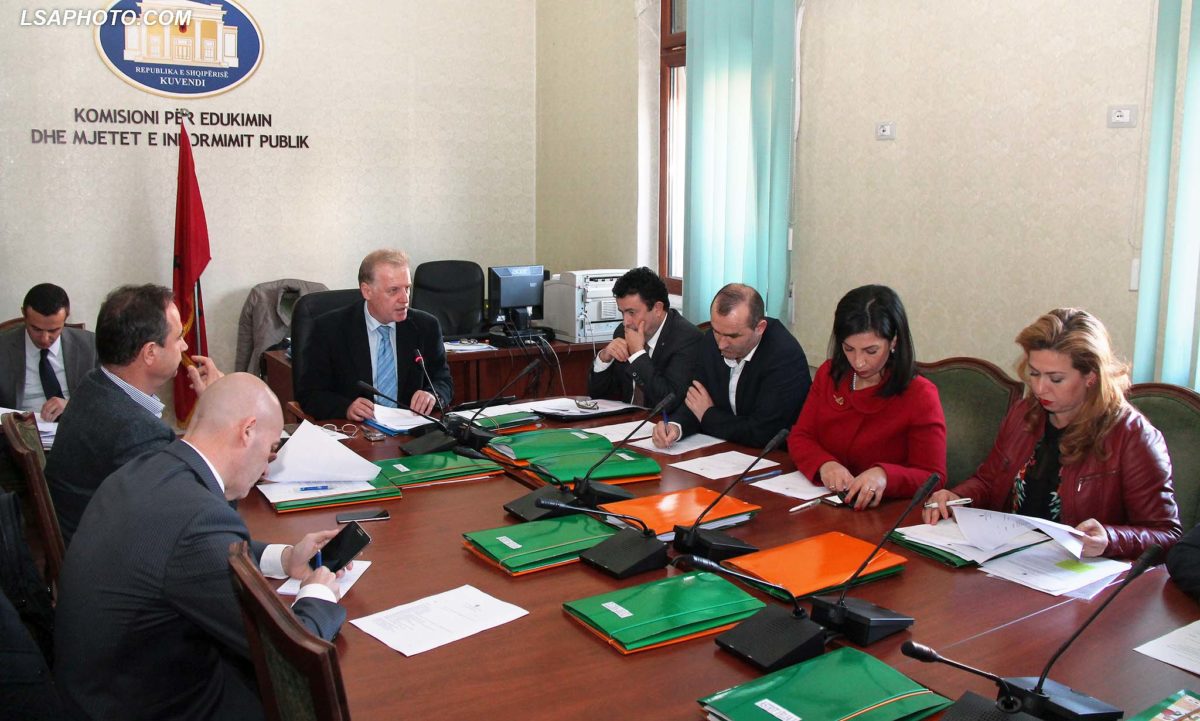 The key findings of the study on the frequency, roots and causes of self-censorship in the local media were presented to the commission by BIRN Albania’s editor Besar Likmeta, who underlined that data collected through the survey of 121 journalists and 22 in-depth interviews with key sources suggests that self-censorship is widespread in the Albanian media.

“Self-censorship is not a free choice for a journalist and neither represents their natural approach toward news, but rather the result of the influence of a series of interconnected social, economic and political factors that affect the daily practice of news reporting and the quality of the media in general,” Likmeta told the MPs.

The hearing was called by the media commission in order to assess the working conditions, job security and safety of journalists in Albania – issues that are also reflected in the study.

The MPs praised the quality of the report and discussed ways in which the parliamentary commission could be more active in order to improve the working conditions of Albanian journalists.

They discussed the recommendations produced by the report, centring on ways to improve the implementation of the labour code by media outlets as well as methods to increase transparency and fairness in the distribution of government-sponsored advertising.