The Balkan Investigative Reporting Network in Albania on April 26 presented its newly published national report, Local Government Under the Lens of Freedom of Information: A Comparative Monitoring of Transparency Indicators Online and On the Ground 2016-2017. 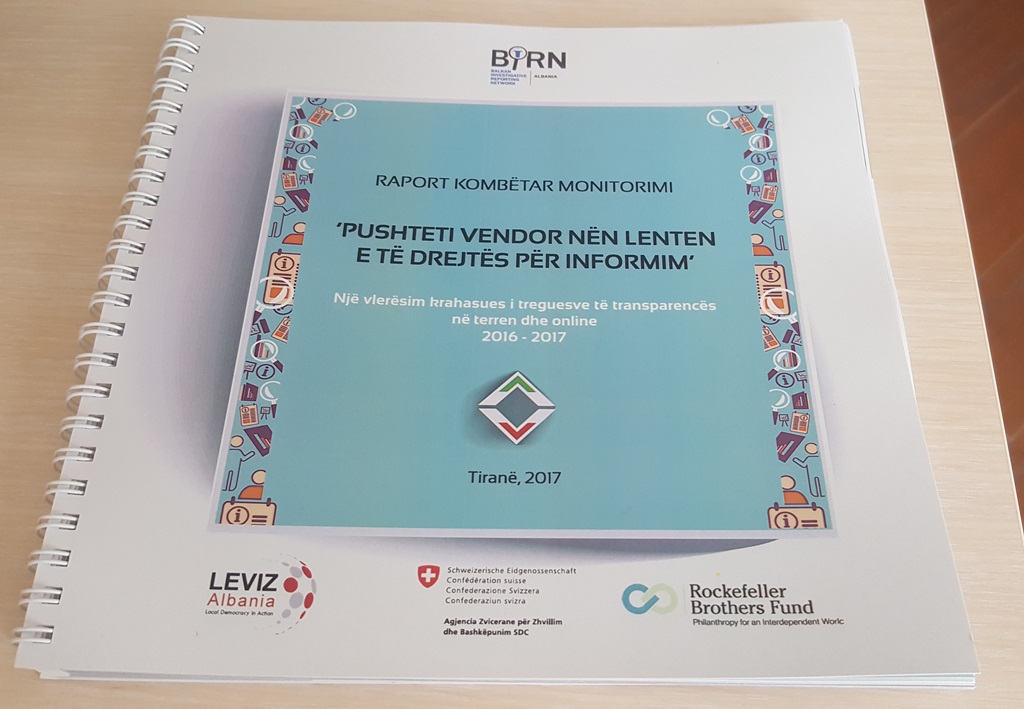 The report was published as part of BIRN Albania’s project Strengthening the Local Partnership between Media and Civil Society.

The project, funded by Leviz Albania and the Rockefeller Brothers Fund, aims to strengthen the public’s pressure mechanisms on local government institutions and increase transparency by strengthening cooperation between journalists, civil society groups and grassroots organisations.

The report contains the results on the transparency of the 61 local government units in Albania, based on 50 indicators, evaluated in both 2016 and 2017, tracing the progress made by local municipalities in the implementation of the freedom of information and public consultation laws.

The figure represents a modest improvement of three per cent from 2016, when the transparency level was 43 per cent.

The new data collected through the report in 2017 shows that as in 2016, local municipalities in Albania are more transparent when it comes to the ‘freedom of information’ and ‘municipal councils’ category/indicator, and less transparent on a national level in ‘financial transparency’ and ‘legislation’.

The monitoring of municipalities for the report was carried out in February 2017 and June 2016 by a network of local journalists across Albania.

Click here for copy of the report in Albanian