The Balkan Investigative Reporting Network in Albania launched a media monitoring study, ‘Reporting Corruption on Broadcast and Print Media: The Case of Albania’, at a workshop in Tirana on Thursday April 16. 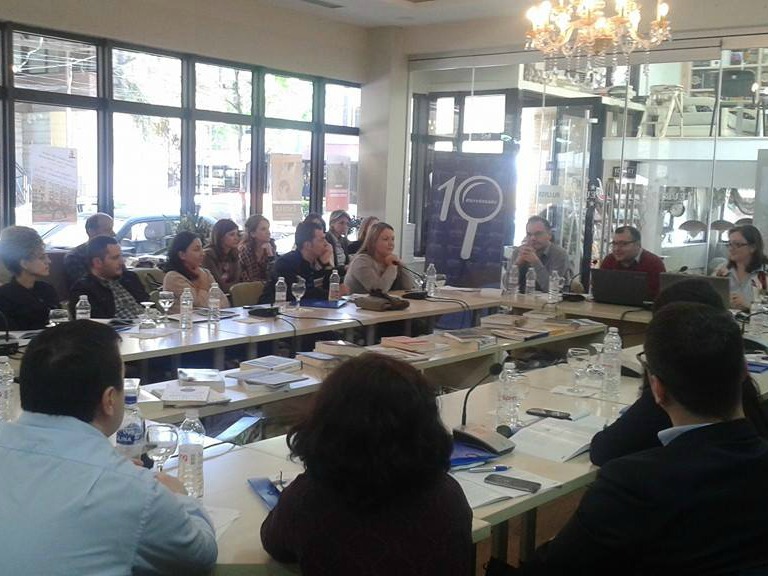 About 25 representatives of civil society organizations and journalists participated in the event at which the findings of the study were presented and debated.

The study is part of BIRN Albania’s programme called ‘Exposing Corruption in Albania’, which is financed by the Open Society Foundation in Albania (OSFA).

The report assessed Albanian media reporting on corruption, as well as its adherence to the guiding principles of journalism which make it possible for news organizations to be an effective tool against corruption.

The objective of the study is to present and interpret a summary of the general characteristics as well as the quality and reliability of the reporting of Albanian media on issues and cases of corruption, based on a set of quantitative indicators, in order to identify possible problems and shortfalls in the implementation of journalistic standards.

The findings of this monitoring initiative are intended to be used as reference material to assist the various local and international actors involved in media development in Albania, local journalists’ unions, as well as reporters and editors, in undertaking projects and activities that could eventually increase both the quantity and the quality of reporting on corruption, impunity and efficiency of anti-corruption initiatives.