Eleven roundtables held across the country discussed ways to empower actors for change and increase transparency at municipal level. 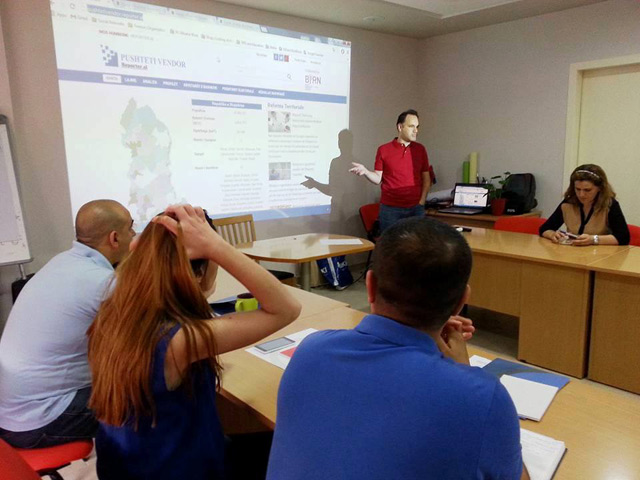 During June BIRN Albania held a series of 11 regional roundtables across the country with civil society activists and community leaders, addressing key issues for local government and discussing ways to empower actors for change in local communities
The regional roundtables were held in the towns and cities of Elbasan, Korce, Berat, Fier, Vlore, Gjirokaster, Kukes, Burrel, Lezhe, Shkoder and Tirana, as part of BIRN Albania’s project, Strengthening the Local Partnership between Media and Civil Society.

The project, funded by Leviz Albania and the Rockefeller Brothers Fund, aims to strengthen the pressure mechanisms of the public on local government institutions and increase transparency, by strengthening cooperation between journalists, civil society groups and grassroots organizations.

The roundtables aimed to identify problems crucial to local communities. They will be used by a network of journalists – trained by BIRN Albania across the country – in order to draw up a list of interview questions for the mayors of Albania’s 61 municipalities.

Apart from carrying out interviews with mayors on issues important to their communities, the journalists will also produce a series of features on actors for change in local communities – in order to empower them through media exposure.

The features and interviews produced as part of the project will be published on BIRN Albania’s special focus page pushtetivendor.reporter.al, which is part of its award winning local publication Reporter.al.

The project, which apart from the BIRN team also involves 11 local journalists, will also produce two monitoring reports on the implementation of the requirements of the Freedom of Information Law by Albania’s local government institutions.