The Balkan Investigative Reporting Network in Albania organized a roundtable on November 6 in Tirana, bringing together civil society organisations working in the field of public administration and journalists. 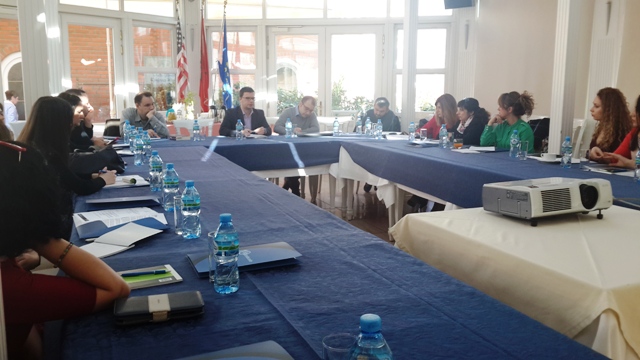 It was the fifth in a series of seven roundtables, part of a programme called ‘Exposing Corruption in Albania’, which is financed by the Open Society Foundation in Albania (OSFA), the Swedish International Development Cooperation Agency (SIDA), National Endowment for Democracy (NED) and the Balkan Trust for Democracy (BTD).

The project aims to expose corruption cases in seven different sectors: the environment, education, the judiciary, healthcare, public administration, local government and organised crime, by bridging the gap between journalists and CSOs, and by providing a solid basis for collaboration in exposing abuses of power.

About ten representatives of non-governmental organisations and ten journalists discussed different topics of concern regarding the public administration in Albania, with a special focus on corruption and impunity in the system.

The representatives of the NGOs listed a number of topics, ranging from the role that politics play in the recruitment process in the public administration to issues of public transparency and illegal-decision making by collegial bodies and independent government agencies.

The topics highlighted by the NGOs will be listed in BIRN Albania’s upcoming call for investigative stories in the field of public administration.