Belgrade’s only English-language newspaper is marking anniversary with special issue and party. 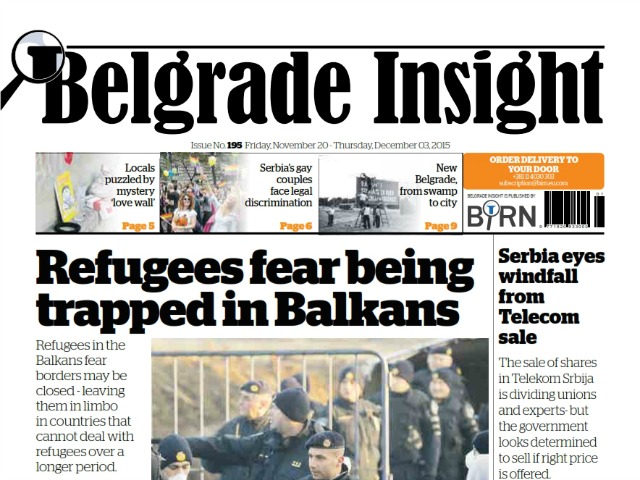 Belgrade Insight is set to publish its 200th issue on February 18th, a milestone of survival through a landscape of dramatically shifting newspaper economics, volatile political climates and clear intimidation, censorship and assaults on press freedom in Serbia.

“Since its establishment, Belgrade Insight had endured many challenges – from 2008 financial crisis when we saw businesses cutting off their advertisements, followed by disregard of advertisement agencies that were reluctant to associate with a paper not in favour with the governments to a censorship campaign that has raged against BIRN in the last few years,” says Gordana Andric, Belgrade Insight’s editor.

That ambition has threatened Belgrade Insight’s existence more than once.  After BIRN published damaging investigative reports into his administration, Prime Minister Vucic’s government kicked out Belgrade Insight from key distribution points at Tourist Organisation of Belgrade centres, and Nikola Tesla Airport.  Belgrade Insight has moved to a subscription model to make up for the lost circulation.  But no matter how the paper is distributed, Andric has high hoped for Belgrade Insight’s future.

“In today’s Serbian media scene, where censorship rules almost everyone, we see Belgrade Insight’s role ever more important and we hope to continue to bring our readers relevant and balanced journalism for many more issues to come,” says Andric.