For 12 years, the Balkan Investigative Reporting Network (BIRN) and Internews Kosovo have monitored the Kosovo judicial system at all levels in order to assess their performance in respecting legality, work ethics and judicial proceedings. 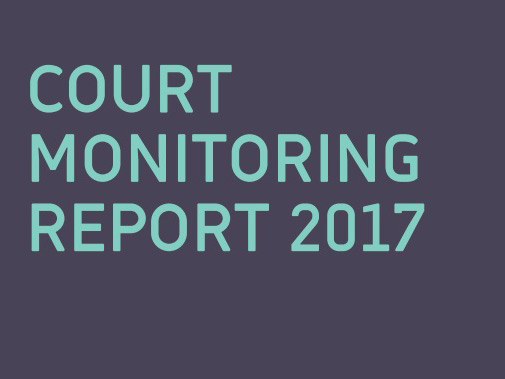 A particular focus of this report  is on  corruption cases, including criminal offenses that are of interest to society, monitored during 2017, but it also addresses other issues observed during the work of monitors in the field. Moreover, the report highlights procedural violations by judges, prosecutors and other parties during court proceedings, observed by court monitors in courts of the Republic of Kosovo. The report contains procedural violations, ranging from failure to hold court hearings, changing of witness statements, failure to schedule court hearings, unreasonable delays in trials, failure to comply with the legal deadlines for the initial hearing, holding trials without the presence of the accused, disorder at trial, poor preparation of prosecutors for the trial, and failure to hold hearings due to the lack of court interpreters as one of the basic principles of justice, for trials to be in a language that is known and spoken by the defendant in the proceedings.