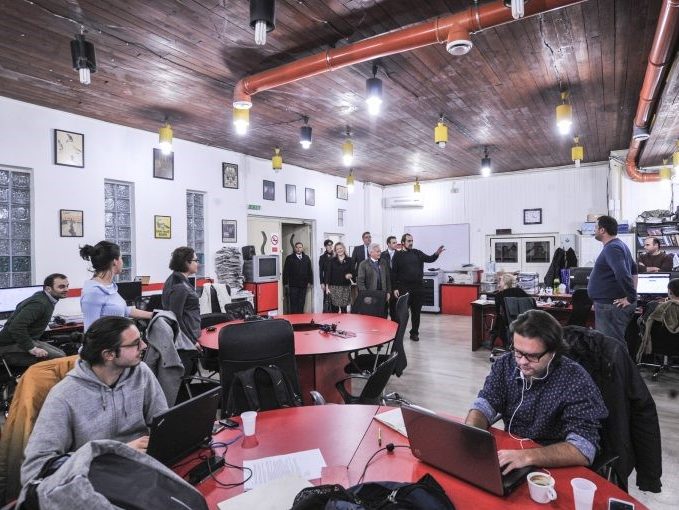 On November 8, 2017, BIRN Kosovo and Internews Kosova had the opportunity to welcome UK Minister of State for Europe and the Americas, Alan Duncan, to the their offices. The Minister, along with his delegation and the British Ambassador to Kosovo, Ruairi O’Connell, were on an official visit to Kosovo, meeting with Kosovo President Hashim Thaçi, Prime Minister Ramush Haradinaj, and other Kosovo Government representatives.

During Minister Duncan’s visit to BIRN and Internews Kosova, he and his delegation were given a tour by Internews Kosova director, Faik Ispahiu, and introduced to the staff working in the fields of reporting, investigation, IT, administration, and the legal team. The Minister was also introduced to the work and production of the online anti-corruption platform KALLXO.com, a platform for civic engagement in the fight against corruption and misuse of public positions and money.

During the meeting, guests discussed the rule of law, Kosovo’s political atmosphere, and other challenges that the country is facing. Ispahiu also presented the 12-year work and cooperation between BIRN and Internews Kosova, as well as the projects they have implemented in media development and monitoring. Challenges such as fake news and threats against journalists were also discussed.