BIRN is a part of a consortium led by the International Federation of Journalists (IFJ) that will implement a project entitled ‘Technical Assistance to Public Service Media in the Western Balkans’, supported by EU funding. 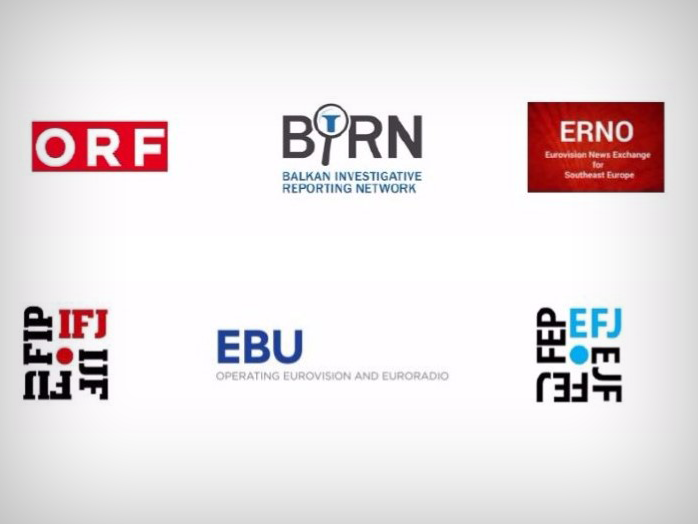 The European Broadcasting Union (EBU), Austrian public broadcaster ORF and the Office of the Eurovision News Exchange for South-East Europe (ERNO) are the other members of the consortium.

The project is being implemented because public service media in the Western Balkans are at a crossroads. They urgently need to embrace an audacious reform agenda and adapt to a rapidly changing media environment or they run the risk of becoming irrelevant.

The project aims to revitalise the region’s public broadcasting sector and bring new confidence to the key stakeholders involved.

It is responding to the stark imperative to rebuild public trust in institutions which are still highly vulnerable to political interference and which appear to be increasingly disconnected from their audiences.

The project has three specific objectives; firstly, it aims to reestablish European standards and promote best practice at the six public service media organisations in Albania, Bosnia and Herzegovina, Kosovo, Macedonia, Montenegro and Serbia, with a particular focus on helping them to achieve financial autonomy from the state and greater accountability to the public.

It will work to seek consensus on the principles and practice for sustainable funding models as well as securing agreement on fair, transparent and accountable procedures for electing the members of governing bodies.

The project will also work to generate synergies between the six broadcasters by initiating a new phase in ongoing reform processes and helping to formulate long-term strategies.

As a part of this, the programme will facilitate the improved implementation of editorial policies and complaints mechanisms, which in some cases exist on paper only.

It will also support efforts to establish integrated newsrooms, to streamline newsgathering and production processes.

A further aspect of the project will is to continue work in the field of management reform, developing long-term strategies and mentoring their roll-out across multiple departments.

This will be complemented by an initiative to equip regulators with the skills to conduct or commission reliable surveys which will give programme-makers a better insight into audience needs.

The third objective of the technical assistance programme is to expand cooperation in programme-making between the six public service media organisations, ensuring that they can pool resources and share audiovisual materials in a more effective way.

This will be achieved by building the capacity necessary to produce in-depth investigative reports as well as high-quality programming for children and young people.

The project will also seek to introduce new interactive formats which optimise the potential for audience engagement.

In addition to this, a regional platform will be created for sharing archive material between the  broadcasters, enriching factual programming and encouraging further collaboration.

The training programme led by BIRN will address some of the shortcomings inherent in mainstream media across the Western Balkans – low levels of professional skills, an absence of continued mid-career training, and indirect or direct outside influence which prevents the broadcasting of stories which conflict with the interests of local power-brokers.