Journalists’ associations and state institutions in the Balkans should do more to support female journalists and ensure that they achieve equal representation in top managerial positions, experts told a BIRN panel discussion. 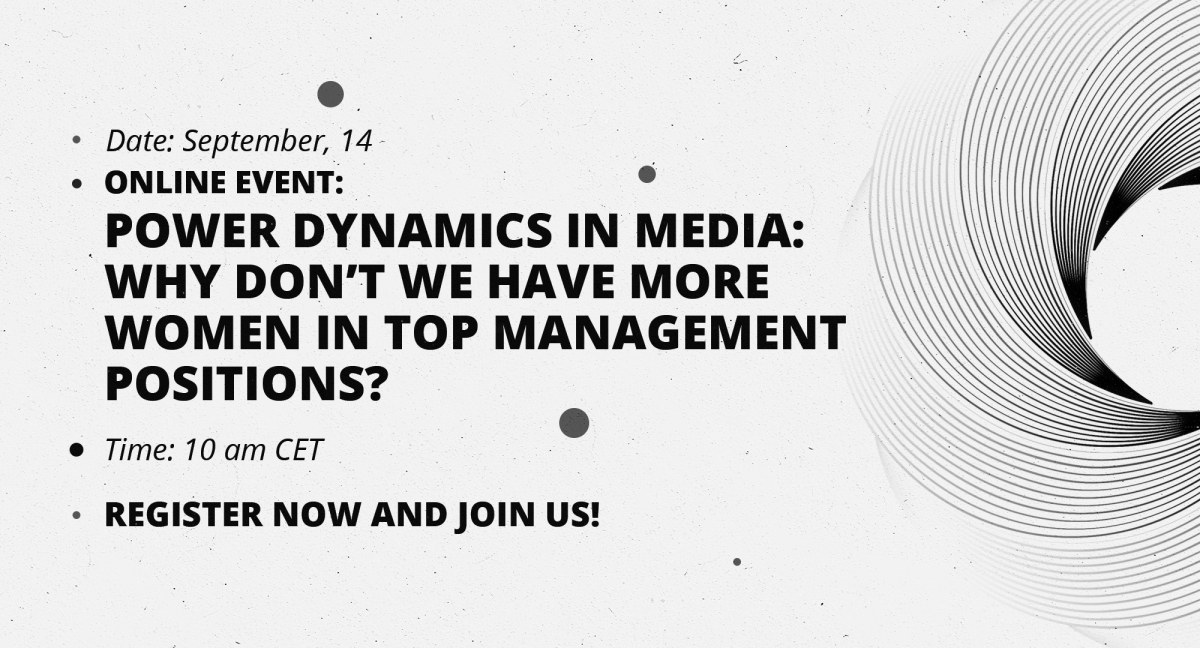 Even though the vast majority of reporters in the Balkans are women, top management positions are still dominated by their male counterparts and more needs to be done to ensure equal representation, an online panel discussion organised by BIRN as a part of regional Media for All project on Tuesday was told.

Jeta Xharra, country director of BIRN in Kosovo, who moderated the expert discussion entitled ‘Platform B: Power Dynamics in Media: Why Don’t We Have More Women in Top Management Positions?’, said that there are few female managers in the media industry in the Balkans.

Representation of women in the media is also usually problematic, Xharra argued. “[Media] often misrepresent women, distort them, and in the Balkans, media often focus on their sexual attributes instead of their ideas, activities and successes,” she said.

The picture is equally grim in all the Balkan countries, where women are very rarely owners of media outlets or hold management positions, reports have shown. Women are more equal to their male counterparts at the level of editor-in-chief, but the majority work at lower levels, as journalists or content creators. 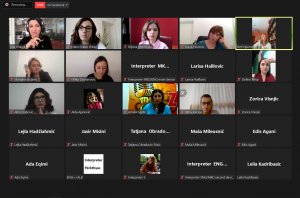 Biljana Petkovska, director of the Macedonian Institute for Media said that various recently-published reports have highlighted the problems that female journalists are facing in North Macedonia, including well-established narratives that they are “less capable [than men] of doing their job” or that they achieved their career goals by inappropriate behaviour.

Petkovska said that journalists’ associations, media institutes and media outlets themselves should “strengthen support for women journalists and establish mechanisms in cases of threats, sexist insults, hate speech and violence. In that way, not only would relevant institutions be alerted but this issue will raise awareness among the public, who should be the greatest protectors of journalists.”

Ivana Pavlovic, editor of Nova Ekonomija in Serbia, argued that it is important for state institutions to support female journalists, both through regulation and by helping media associations.

“We need to insist on a general institutional framework that governments are setting, especially when we are talking about remote work, maternity leave, because now we [female journalists] depend on the goodwill of our bosses, husbands and whoever is supporting our families,” Pavlovic said.

Marijana Bojanic, CEO at Vijesti in Montenegro, said that there are a lot of women in the media in her country, many of whom are directors and editors of leading outlets, but that does not mean they are really in top positions.

“In Montenegrin media outlets, we have women running the business, but they are not owners [of these outlets] and they do not have capital,” Bojanic said. 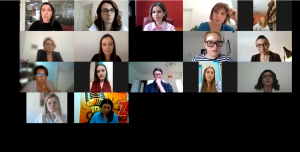 Bojanic, who was a journalist and editor before going on to become a CEO, argued that female media workers are always “first on the front line” when it comes to reporting.

She said that this was particularly true when the COVID-19 crisis struck in March 2020, when her female colleagues decided to stay and work even though they could have taken leave.

Beti Njuma, a journalist at Ora News in Albania, said that in her country, like elsewhere in the world, women have to overcome many barriers in order to achieve better positions in the media sector.

“One of my main concerns is the underestimated role of women journalists in addressing human rights abuses in Albania but also region-wide and worldwide. I have 20 years of experience in journalism, and I can say that it is not easy to be a leader in the media sector, especially in broadcasting in Albania,” Njuma said.

This event is organised as a part of the regional “Media for All” project. The project is implemented by consortium led by the British Council, along with BIRN, Thomson Foundation and INTRAC.