Women who work in the public arena in the Western Balkans are regularly targeted by online threats, insults and false accusations, and existing laws must be enforced to protect them, said panelists at a BIRN debate. 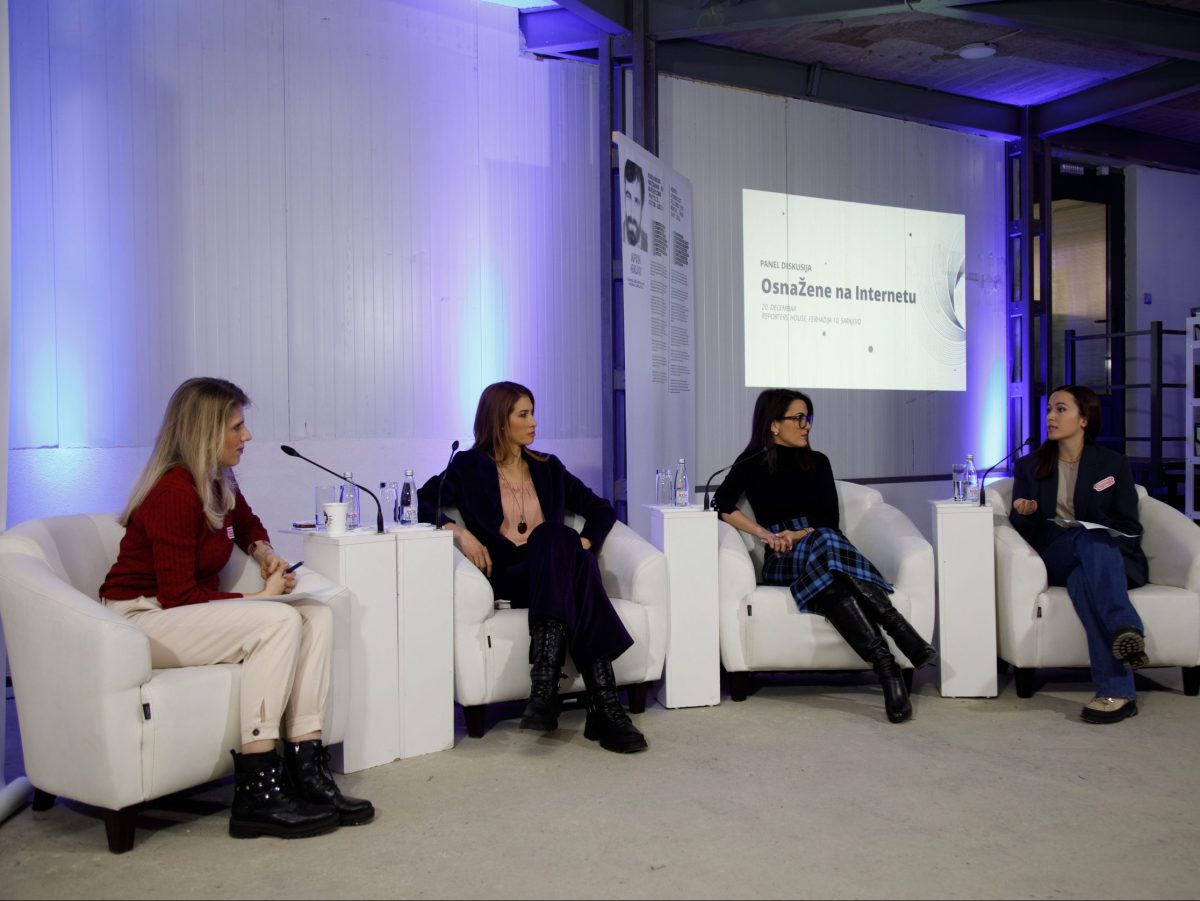 Panelists at a BIRN debate entitled ‘Female Empowerment – Online Practices and Challenges’ in Sarajevo on Monday said that online insults, threats and false accusations are commonly-used weapons to discredit and discourage women who work in the public arena.

Iva Paradjanin, a Serbian journalist whose work mostly focuses on women’s rights and who runs a podcast called Tampon Zona, said that even though online violence against women has become more visible, it is still not taken seriously enough.

“We are working to empower women, to raise awareness that violence is not only physical,” Paradjanin said.

She said that online attacks have a real impact on women’s lives, and those who write offensive comments should not be allowed to remain under the illusion that they are free from any kind of responsibility.

Bosnian journalist Dalija Hasanbegovic Konakovic said that women are often attacked because they are seen as a “weaker target”.

“You should not be silent. You will feel better once you start speaking out. In that way, at least you will know that you are fighting back and that you will not be perceived as weak,” Hasanbegovic Konakovic said.

“What scares me the most is that we are losing the thread of humanity,” said Lana Prlic, a member of parliament in Bosnia and Herzegovina’s Federation entity, who came under attack online after posting on social media about her COVID-19 vaccination in September 2020.

“We are mothers, sisters, daughters and so on. Those people who are sending us insults, they are forgetting about these identities,” Prlic said.

In the second part of the debate, moderator Zlatan Music from the OSCE Mission to Bosnia and Herzegovina, and panelists Samra Filipovic-Hadziabdic, director of the Agency for Gender Equality in Bosnia and Herzegovina, Maja Raicevic, director of the Centre for Women’s Rights, and Adnan Kadribasic, a lawyer and expert on human rights and gender equality, said that the main problem is the lack of response, support and goodwill from the authorities, particularly the police and prosecution.

They urged the authorities in the Western Balkans region to start implementing existing laws and sanctioning perpetrators.

“We have a good legal framework that we can use to sanction these acts. There are various possibilities, we just need to know how to use them, and to want to use them. Improving the institutional response is crucial,” said Kadribasic.

The panelists argued that speaking out about violence empowers other women who have had the same experience and gives them courage to speak out too.

“If you stand by one woman who speaks out, you are showing that she is not alone. By our example, we show whether we are united or not. We must stop normalising violence,” said Hasanbegovic Konakovic.