Former State Secretary in Serbia’s Ministry of Interior Dijana Hrkalovic, who is accused of abusing her official position, in a guest appearance in the show Ćirilica (Cyrillic) on Happy Television, aired on Tuesday, presented a series of incorrect pieces of information about BIRN and Vreme journalist Jelena Zoric, and also mentioned her brother. 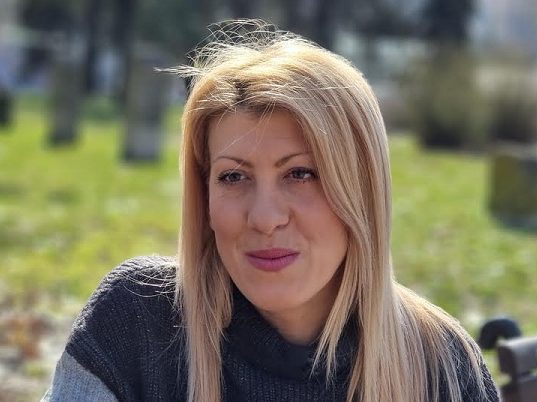 Addressing “this Jelena Zoric, whose confession we finally got a few days ago”, she said: “Vlada Gajic from the People’s Party says that Sasa Drecun, [deputy state prosecutor for organized crime and a prosecutor in the Jovanjica case] is the source of her information.

“Everyone is saying she has a very close relationship with him. I hear her brother saying she had a problem with the newsroom of the television where she previously worked because she’d covered up the correspondence between Drecun and a criminal … which had arrived at that newsroom’s email. Look, she hid it from her editors! What is that called? Selective investigative journalism, or what?”

Hrkalovic’s action was a continuation of the pressure on Zoric. Following a guest appearance on Pregled dana (View of the day) on NewsMax Adria, a few days ago, representatives of the opposition accused her of “selling out herself” because she had stated that, in the Jovanjiac affair, “there is no Andrej Vucic”, referencing President Vucic’s brother.

The Jovanjica affair is the case concerning the largest ever illegal marijuana plant discovered in Europe. Two trials are ongoing, Jovanjica 1, concerning the owner and employees, and Jovanjica 2, concerning police and secret service officers that were allegedly working with them. Jovanjica 2 trial has been repeatedly delayed, and although it has started more than a year ago, only one hearing was held so far. According to BIRN’s own findings, there were contacts between high officials of security services and Predrag Kuruvija, owner of Jovanjica.

The Media Freedom Coalition, a coalition of professional media and journalists’ associations in Serbia, said it sees Hrkalovic’s latest act as an attempt to discredit the multi-awarded journalist since Zoric published a story about the disputed correspondence for N1 television station, where she worked at the time, while the mention of her family can only be with the aim of threats and intimidation.

In earlier guest appearances in pro-government media, Hrkalovic used the opportunity to libel independent media. Journalists, such as N1, Nova, Danas, as well as Vukasin Obradovic, were already her target.

The Media Freedom Coalition said it strongly condemns the threats directed to Zoric as well as the libelling of journalists by Hrkalovic. Such acts can only further threaten the safety of independent journalists, it said, who have been the subject of a campaign for years by the authorities and media sympathetic to them.

It called on all political actors to stop putting pressure on the media and journalists, and for the police to protect them so they can do their job professionally and without fear.