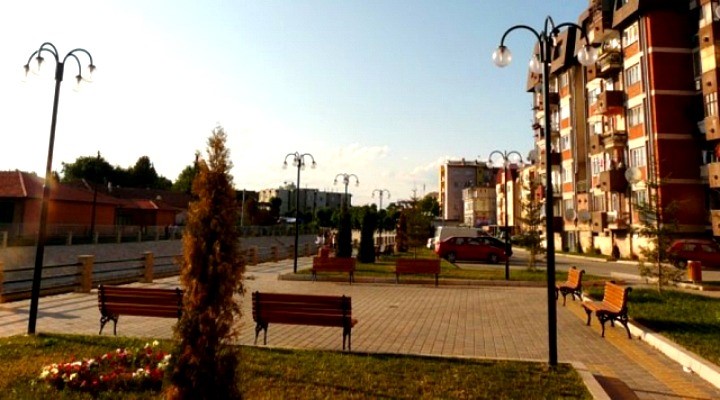 What do the citizens of Podujeva expect from their future mayor?

The future mayor of Podujeva will struggle to solve the problems with water, sewage systems, waste, public transport, education and street infrastructure with only five million euros.

The KALLXO.com investigation into municipal issues, which lasted several months in the villages and the city of Podujeva, identified a range of problems that await solutions from the municipal government.

There are illegal waste disposals within the city, also located on school grounds.

Data shows that the former local government built around 25 kilometers of sewage systems. However, the system is not spread around all inhabited areas.

The KALLXO.com investigation shows that all sewage systems of the city and of the 41 villages end up contaminating the flow of the Llap River, which was used by farmers to water their cultivations for a long time.

The Batllava Lake, which is one of the main basins from which Prishtina and a few other municipalities receive water supply, is located in the region of Podujeva. However, Podujeva is discriminated in terms of being supplied with water. The lack of drinkable water, especially during summer, is considered a huge problem in Podujeva. Fitorja and Dumnica e Poshtme Streets, despite the fact that they are linked to the water supply system, still do not receive water. Villages such as Zakuti, Doberdoli, Kerpimehi and Revuq are not even linked to the water supply system.

The audit stated that the water supply project “Vrella” has not been finished since 2009. The citizens have contributed by 71 thousand euros for this project, but it hasn’t been functionalized yet. The begun project in 2009, costing 331,336 euros, co-financed by the citizens with 71,600 euros.

The investigation shows that Podujeva has problems with infrastructure, urbanization, illegal constructions and municipal property usurpations.

Within the municipal governance, Podujeva has problems with municipal property usurpations. KALLXO.com has asked for the usurpers list and the list of illegal constructions. However, no such list was received with the excuse that it is “being updated”.

According to the audit report, the Municipality of Podujeva has not verified 1/3 of the real estate, as required by the Law on Taxation of Real Estate no. 03/L-204 and the Administrative Order no. 03/2011 for the Collection and Registration of Information on the Property and Tax-Payers. For this reason, the Municipality of Podujeva has failed to collect the debts from offering these properties for use.

There are 21 clinics built for the 78 villages of the municipality and for the city. Two of them are located in the city, and 19 are located in villages. Only two clinics work 24/7, whereas the others work only on one shift.

The Main Center for Family Medicine, after being governed by an acting head for six years, has been assigned a director only recently. The Emergency Center does not fulfill the requirements and the expectations of citizens. The majority of health labs of this municipality are out of function.

According to the genera audit, the business debt toward the municipality is up to 3.6 million euros. Recently, apart from the fact that the municipality has not collected the multi-million-euro debt, it has decided to decrease different municipal taxes by 50 per cent.

The audit says that the capital investments budget was spent by 85 per cent, while the spending of own source entries was only 59 per cent.

Podujeva has a budget of 19 million euros, out of which five million are allocated for capital investments. The municipality of Podujeva has collected 230 thousand euros less than it had planned for year 2016.

For the years 2015 and 2016, the audit found that the municipality of Podujeva has problems with collecting debts for the properties it has let on rent.

The directorate of property, cadaster, and geodesy has had stagnations in drafting contracts for the properties it has given for rent, since most of the liabilities according to the contracts have not been fulfilled by users, the report states. Apart from this, the municipality has not registered 1/3 of its properties, and as a consequence, it does not manage to collect the revenues from taxes and rents.