BIRN opened an exhibition in Sarajevo and published a new book commemorating the journalists and media workers who were killed during and just after the 1990s wars in the former Yugoslavia. 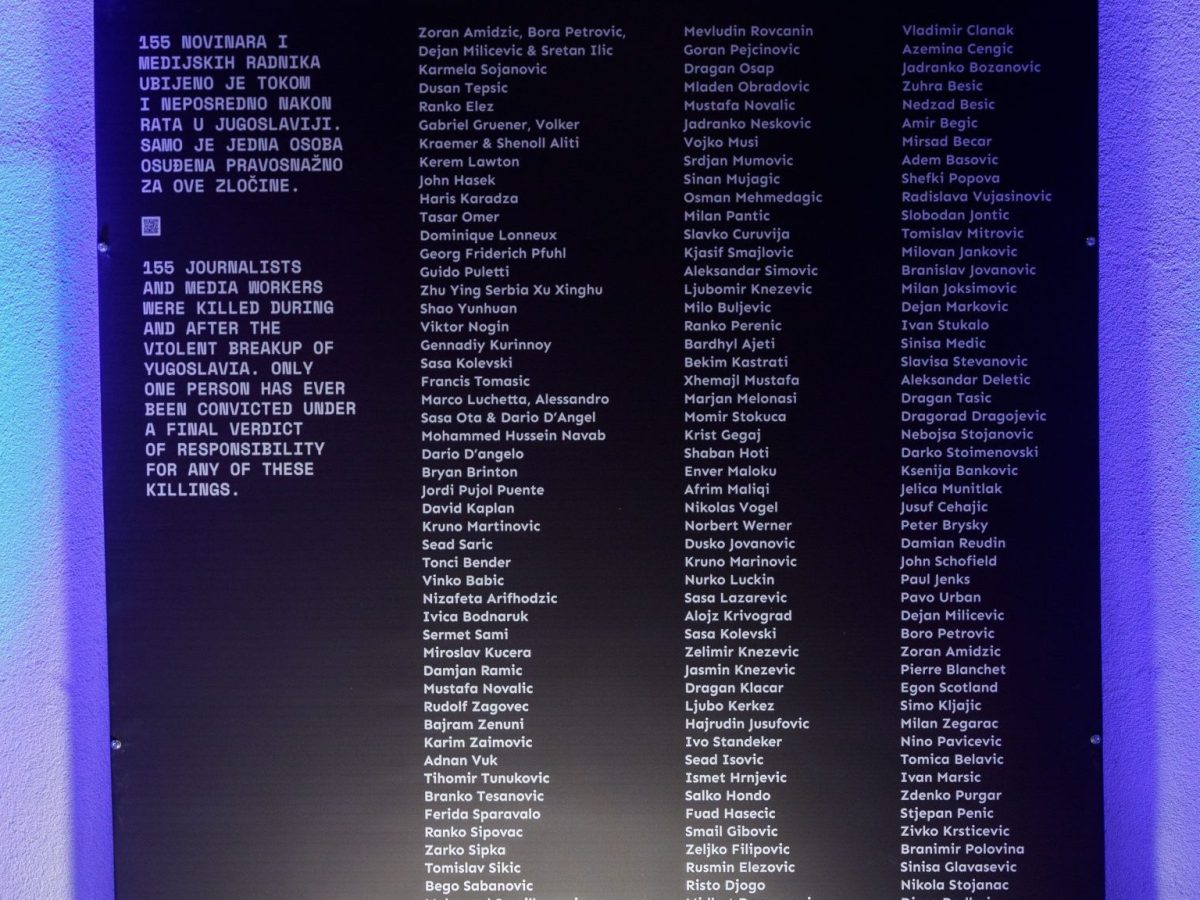 IRN’s Last Despatches exhibition, telling the stories of reporters, photographers and other media workers who lost their lives as a result of the Yugoslav wars in the 1990s, opened on Tuesday evening in Sarajevo.

BIRN also launched its new Last Despatches book, which focuses on 20 of the journalists who were killed, through interviews with their families, colleagues and friends.

The launch was held at a venue in central Sarajevo which from next year will host BIRN’s new museum, the Reporters’ House, which will be dedicated to contemporary media issues as well as the history of the wars in the former Yugoslavia.

The museum will be part of BIRN’s journalistic efforts to combat fake news and disinformation, BIRN regional director Marija Ristic said at the exhibition opening.

“Now, 30 years after the beginning of the wars, [some people in] our societies continue to deny many things that journalists documented – denying war crimes, denying genocide,” Ristic said.

The exhibition and book are based on BIRN’s long-running online series, Last Despatches, which documents some of the 155 people who died during the conflicts and shortly afterwards.

BIRN editor Matthew Collin, who edited the Last Despatches book with Ristic, said that the project was an act of commemoration because there have been so few prosecutions for the deaths of journalists during the 1990s wars.

“Our message is that in this atmosphere of impunity, a free media is more important than ever, not only in wartime, but also in peacetime,” Collin said.

Jan Waltmans, the Netherlands’ ambassador to Bosnia and Herzegovina, said that it was necessary to come to terms with the crimes of the past for the sake of future generations.

“I hope that journalism in Bosnia and Herzegovina will continue to progress so that hate speech, genocide denial and other problems will disappear,” Waltmans said.

The Last Despatches book is available to buy here.

The Last Despatches exhibition is open at Ferhadija 10, Sarajevo every day from 12 noon to 8pm until December 19. The exhibition is part of BIRN’s week-long Open House programme, which includes events focusing on issues such media freedom, digital rights, investigative journalism and female empowerment online.