We are pleased to announce the names of the journalists chosen for this year’s Fellowship for Journalistic Excellence. Over the coming months, they will work on investigations, in-depth analysis and features on the theme of the Rule of Law. 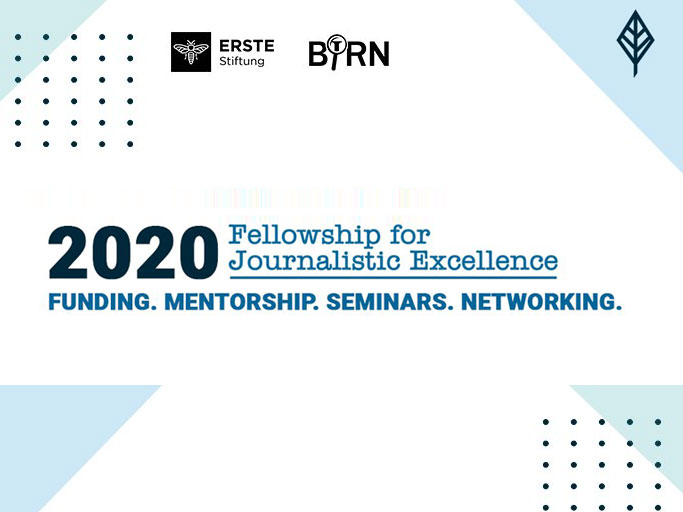 The Fellowship programme gives mid-career journalists the funding and editorial support to dig into complex issues of regional significance. Here are this year’s fellows, and the topics they intend to cover.

Klodiana Lala, a criminal justice reporter with decades of experience across print and TV outlets in Albania, will examine the evolution of the Albanian underworld.

Genka Shikerova and Boris Mitov, award-winning Bulgarian investigative journalists, will look at the emergence of the country’s so-called “border militias”.

Apostolis Fotiadis, a Greek journalist who has reported extensively on the migrant crisis, will examine the growing tensions around Greece’s migrant camps.

Augustine Zenakos and Mariniki Alevizopoulou, Greek journalists with a track record of freelance initiatives and bylines for the international press, will report on marginalised communities in Greece’s border regions.

Bea Bako, a constitutional lawyer and journalist from Hungary, will report on tensions between the Hungarian government and the European Union.

Dariusz Kalan, an experienced freelance journalist from Poland, will report on the erosion of the rule of law under the current government.

Magdalena Chodowmik, a freelance text and video journalist, will tell the story of the winners and losers in Poland’s transition from communism.

Marija Vucic, a journalist with the Serbian investigative website, KRIK, will look at the spread of propaganda and fake news in the Balkans.

This year’s participants were competitively selected from about 80 applications spanning 14 countries of CEE region. An independent committee comprising seven senior European media figures evaluated proposals based on relevance, feasibility and originality, as well as the candidates’ professional qualifications and motivation.

The Fellows’ stories will be published by BIRN’s Balkan Insight and Reporting Democracy platforms and disseminated widely through our network of media partners in all local languages, as well as in English and German.

We look forward to starting work on these projects. We would also like to thank all journalists who applied for the Fellowship and to announce that the next call will be open in early 2021.