BIRN Bosnia and Herzegovina handed over a documentary film and an archive of articles about the shelling of Tuzla in May 1995 and the trial of the commander who ordered the attack to the new Kapija Memorial Centre in Tuzla. 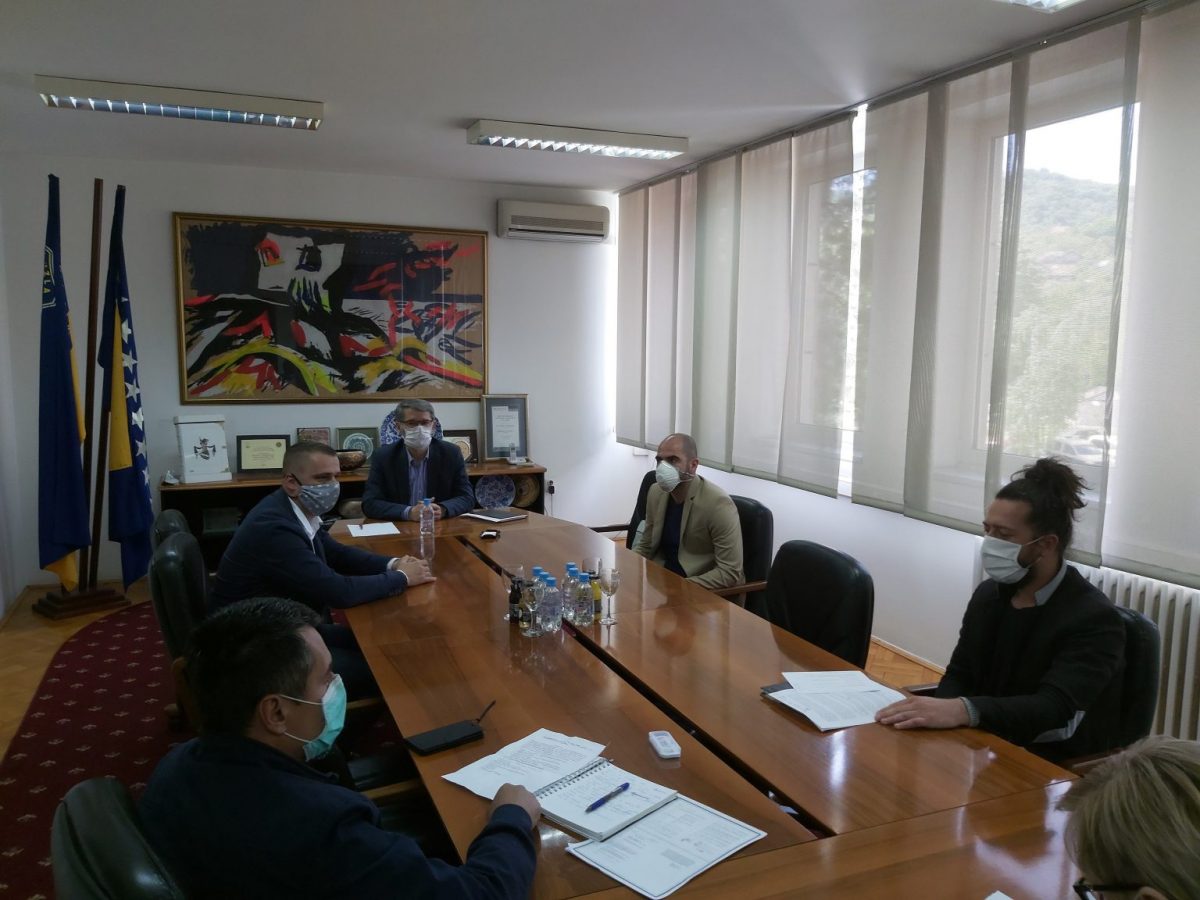 The director of the BIRN Bosnia and Herzegovina, Denis Dzidic, presented the mayor of Tuzla, Jasmin Imamovic, with archive material and a documentary film on Friday that will become part of a display at the new Kapija Memorial Centre, which should be ready to open by May 25, the anniversary of the shelling of the Kapija area of the city.

The material includes articles on texts on the shelling and reports from the trial of Bosnian Serb Army commander Novak Djukic, who was convicted of ordering the attack.

“We are really happy about this opportunity to give our archive to the city of Tuzla and about the fact that it will be forever available to the citizens of Tuzla and all visitors to the Memorial Centre who want to get information about the search for justice and the killings of civilians at Kapija in 1995,” said Dzidic.

Mayor Imamovic said the BIRN archive material would be an important part of the installation as the case against Djukic is significant for the city because the attack was the biggest tragedy that it has endured.

“Here you have a 25-minute film and complete documentation about the trial of Novak Djukic. Everything that they [BIRN Bosnia and Herzegovina] worked on, followed and documented, and that they handed over to us for our Memorial Centre, is a precious gift,” said Imamovic.

The Kapija Memorial Centre will be ready by May 25, but will only open when deemed safe amid the coronavirus pandemic.

The Bosnian state court found Novak Djukic, commander of the Bosnian Serb Army’s Ozren Tactical Group, guilty of ordering an artillery platoon to shell Tuzla on May 25, 1995, causing the deaths of more than 70 people.

He was released from prison in February 2014 after the state Constitutional Court overturned the verdict sentencing him to 25 years in prison.

In June 2014, the state court reduced Djukic’s sentence to 20 years, but he had already left the country for Serbia.

A warrant was issued for Djukic in October 2014 because he did not respond to a summons to serve his sentence. Serbia was then asked to take over the enforcement of the verdict.