Journalist Jerola Ziaj has been awarded the best reporting award by the Albanian Union of Journalists for 2021. 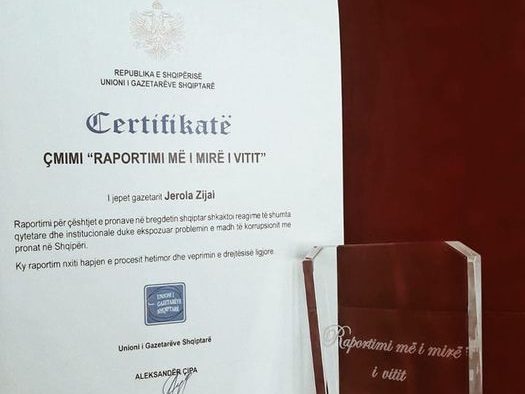 “Her reporting about the property issues on Albania’s southern coast caused numerous reactions from the public and institutions and exposed the problem of corruption related to property issues in Albania, which has led to a criminal investigation,” said the Albanian Union of Journalists.

Ziaj is a reporter for A2 CNN TV in the city of Vlora and a frequent contributor to BIRN Albania’s site Reporter.al, on which she has published a number of investigations into property fraud on Albania’s southern coast.

She has worked as a correspondent for various national TV stations and online media since 2009.