On October 3 and 4, 2017, BIRN Kosovo and its partner Internews Kosova organized four lectures for high school students in Kosovo to discuss the ills that ideologies of violent extremism cause. 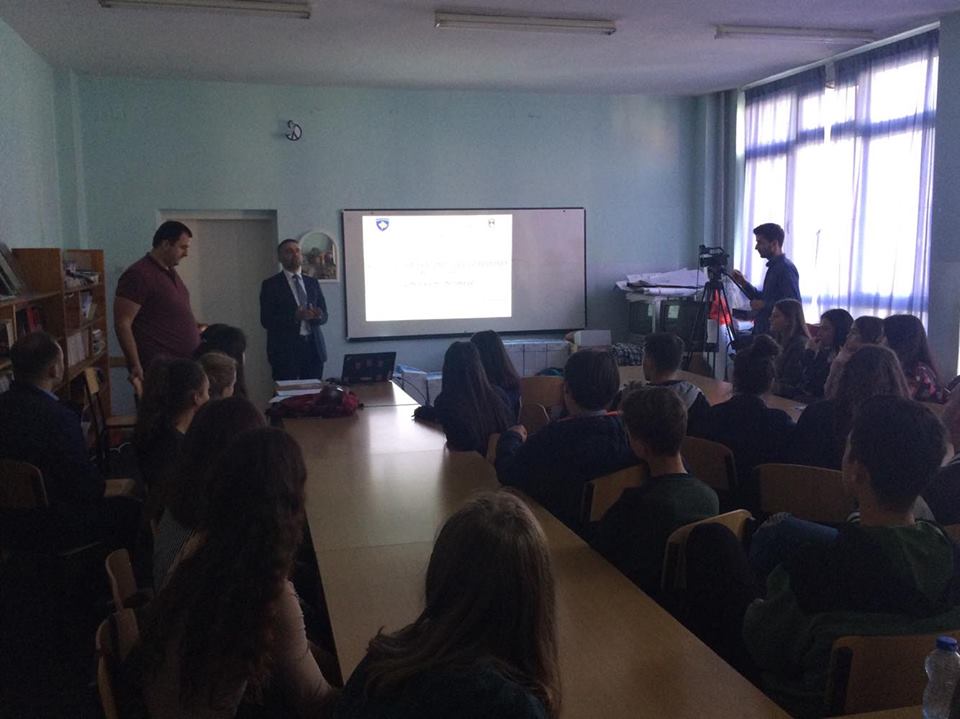 These lectures were part of a project titled “Expand Youth Participation to Counter Violent Extremism,” given in cooperation between ATRC (Advocacy Training and Research Center) and Internews Kosova.

The lectures tackled a general overview of the current situation and how ideologies of violent extremism have impacted Kosovo’s youth. Two of the lectures were held in Prishtina, while two others were held in Kaçanik and Mitrovica.

Kreshnik Gashi, managing editor of BIRN and Internews Kosova, moderated the discussions and also spoke about how we can prevent the manipulation of youth with violent extremism ideologies on social media networks. Gashi has produced two televised programmes for Justice in Kosovo about the failures of de-radicalization programs in Kosovo and has provided recommendations to relevant institutions on de-radicalization measures.

These activities were held with the purpose of urging Kosovo’s youth to work towards their career goals, and not to become influenced by ideologies telling young people to join conflicts in the Middle East.