An indictment was raised against a judge in Decan on October 11 following a BIRN and Internews Kosova investigation into an alleged bribery case. 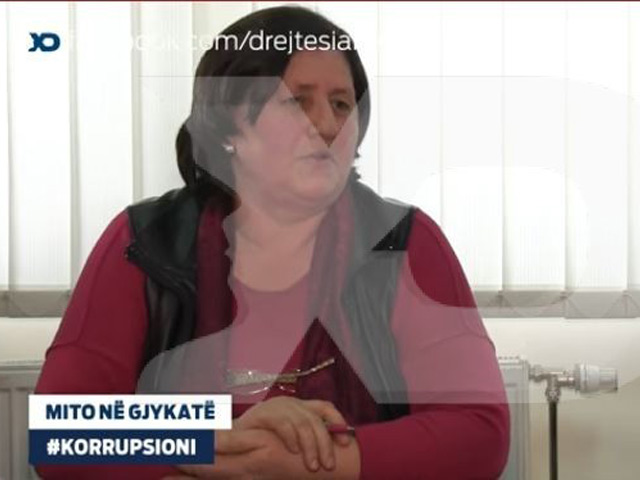 On January 15, 2017, BIRN’s televised programme Justice in Kosovo and the anti-corruption platform KALLXO.com published an investigation on alleged criminal offences that took place at the Deçan Municipality Basic Court. The investigation included research by KALLXO.com’s team, which presented sufficient evidence that Judge Safete Tolaj was involved in an act of bribery. As a result of the research, Justice in Kosovo published a video reportage that detailed how the situation developed. After the show’s publication, measures were taken by the relevant rule of law institutions, leading to judge Tolaj’s dismissal.

A Kosovo citizen, Berat Kelmendi, reported the case to KALLXO.com through an online report. Kelmendi reported the case after experiencing longer than usual resolution times regarding a case at the Deçan Basic Court. As the court proceedings were ongoing, the judge’s son, Fisnik Tolaj, approached Kelmendi and offered to speed up his case in exchange for 20,000 euros. Kelmendi secretly recorded all of the bribery negotiation talks. Justice in Kosovo and KALLXO.com, after hearing Kelmendi’s story, gathered sufficient material to produce a show on the matter.

Rule of law institutions, sixteen hours after the first part of the story was published, initiated an investigation. The State Basic Prosecution invited KALLXO.com to cooperate. According to the prosecution, investigation into corruption suspicions began in January 2017, and Tolaj was charged with abuse of office and other criminal offenses. Tolaj’s son was also charged with fraud, exertion of influence, forgery, and other criminal offenses, including illegal possession and use of weapons. In the aftermath of ten-month period, on October 11, KALLXO.com reported that an indictment was raised against Judge Safete Tolaj. The department for Heavy Crimes of the Basic Prosecutor’s Office in Peja raised an indictment against the judge under the charge of misuse of official duty or official authority. In order to fight corruption and organized crime, Justice in Kosovo and KALLXO.com will continue to follow similar cases.