Users of the BIRN reporting tool say it has transformed the way they communicate with their audiences who feel empowered by helping shape the content of their own media. 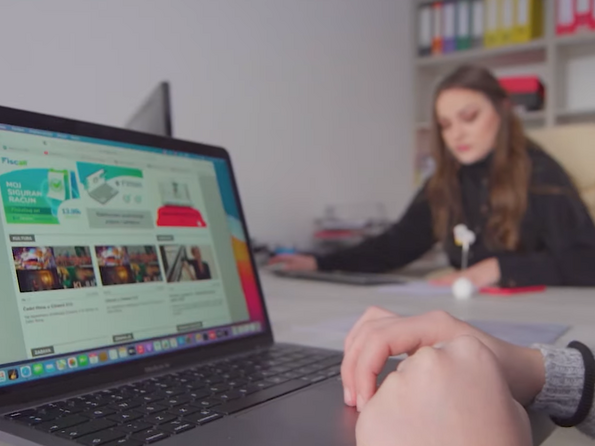 “It is a new method in a new time of doing journalism,” Dorjana Daka, editor of Albanian newsportal Informimi, told BIRN, describing what the Engaged Citizens Reporting tool, ECR, has brought to her outlet.

The impact of the project led by Balkan Reporting Network BIRN on journalism in the region has been significant.

From December 2020, 51 media outlets from six Balkan countries used the tool to change the way they communicate with citizens, investigate stories and publish their findings.

“Through the project, we saw that citizens want concrete, direct, communication with journalists, they want to point out the problems they are facing, and they want someone to investigate them, since they can’t find solutions to their problems themselves,” Dinko Dundić, editor-in-chief of Sarajevo-based media Fokus, said.

Media outlets from Albania, Bosnia and Herzegovina, Kosovo, Montenegro, North Macedonia, and Serbia, awarded with Media for All project grants, produced a total of more than 400 videos, articles, features, and podcasts, based on more than 200 surveys, polls, and questionnaires created with the Engaged Citizens Reporting tool, a platform designed by BIRN, enabling journalists to collect information, analyse data and incorporate it into their reporting.

As Dundić, noted, “this is not just a tool, this is a new way to communicate with citizens”.

Through ECR, media outlets strengthen bonds with their communities. Having established two-way communication, citizens become not only passive receivers of information but active content creators on topics that are their biggest interest and concerns.

“It was important that the tool targets a burning issue, something that is under the radar in the public and core media, and something that is not talked about enough but is bothering the population,” said Ivana Pavlović, editor of Nova ekonomija, a Belgrade-based news portal that engaged citizens in the under-reported topic of the cost of online schooling during the Covid pandemic.

Audiences shaped the content of media by providing original testimonies; precise information by uploading photos, videos, documents, or by giving their contacts for further research and collaboration.

“Readers gave us directions on where to look and where to ask; we got examples that were ‘juicy’,” Goran Mihajlovski, whose Skopje-based portal SDK gathered evidence of unresolved court cases from ordinary people, recalled.

The audience had the choice to stay anonymous, giving people a chance to speak out even if they weren’t comfortable with going public. This proved a successful way to reach out to marginalised and discriminated communities, guaranteeing their safety.

“There was a gap between this trust in really reporting about stories about the LGBTQ community and staying anonymous, because it’s still a quite sensitive topic in Albania. A platform like ECR helped to breach this gap, because it made sure this anonymity was preserved,” said Kevin Jasini, editor of Albanian news portal Historia Ime, which resolved a case of transphobia and discrimination thanks to a recording received through the ECR tool.

“It has direct impact on mobilizing communities to solve a problem, because we provide data … that they can rely on, and continue to seek their rights,” said Daka whose website Informimi investigated stories of the Roma community who often have no access to the internet, or trust in journalists.

Building trust is one of the main assets ECR has brought to media outlets, considering the negative aspects of the media environment in the region, with the surge in disinformation and general loss of confidence in democracy and institutions.

Users of the tool recognise that reporting about the issues of their greatest concern makes an impact in their local communities.

“Officials from Tivat municipality used the data we received using the ECR tool from citizens about cruise tourism strategy at an international meeting. They presented and referred to the results of the Boka News research,” Miroslav Marušić, editor-in-chief of a small Montenegrin media portal, said.

Through professional training and mentorship organised by BIRN, media practiced more effective engagement with their audiences.

Suzana Nikolikj, editor of Kumanovo News, from North Macedonia, praised the support of the mentoring.

“The mentor gave us guidance in preparing the questionnaire and guided us through the approach to our readers: how to create the questions, how to avoid pitfalls and how to filter the most important answers. The analysis of data for our stories was also helpful,” said Nikolikj.

ECR has the potential to expand in the region, since many outlets have continued to use the tool after the project grants finished, to further gather people’s opinions, data and information.

“We have continued, and will continue to use it, in future. There are enormous advantages: we can easily gather opinions on a large number of subjects, can easily see and select data, and then present this data to the public, graphically,” said Marija Vujović, journalist of portal Onogošt, which throughout the project used the tool to collect citizen’s photos and locations of pollution in Nikšić, Montenegro.

Positive reactions would seem to guarantee the sustainability of ECR in the future.

“Now we write far more about ordinary topics, human stories, and much less about politics,” Anđelka Ćup from Gračanica online from Kosovo, said. “We have become more professional – our approach to investigative journalism has improved,” Vujović agreed.