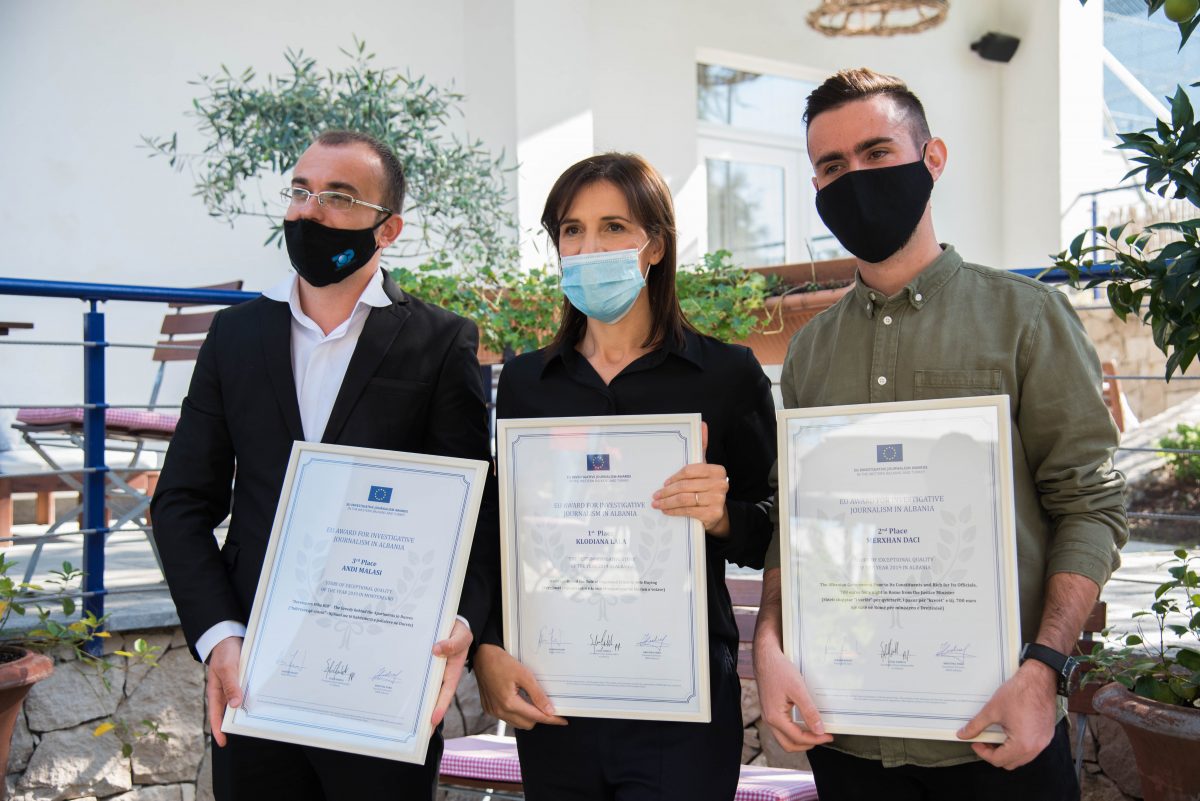 In a ceremony held in Tirana on Wednesday October 21, three journalists were awarded for their investigative reporting, exposing the involvement of organised crime in voter fraud, the shoddy construction of buildings that collapsed in the November 2019 earthquake and the lavish travel expenditures of public officials.

In his opening remarks, Sylvain Gambert, deputy head of the Political, Economic and Information Section in the EU Delegation in Albania, said the EU was a stanch supporter of media freedom and freedom of expression.

“This indeed is the fifth year that we are doing this award in Albania and it shows our commitment in supporting investigative journalism and freedom of expression,” Gambert said.

First place went to Klodiana Lala, journalist for Albania’s News 24 TV and a BIRN contributor, for the story titled “Wiretaps Reveal the Role of Organised Crime in Vote Buying”, which the jury called a fine example of careful investigation, proper fact-checking and the determination to shed light on a phenomenon that is present in Albanian society but has rarely been properly verified.

“I am happy this article was recognised because in the end it exposed a phenomenon that was often debated but never proved through documents,” Lala said in her acceptance speech.

“We as journalists are bound by duty to be every day in search of facts, proof and evidence of events that institutions are trying to hide,” she added.

Second place went to Merxhan Daci, a journalist for the Albanian fact-checking service Faktoje, for an article shedding light on the questionable use of public funds by officials and public institutions.

The third place went to the TV reporter Andi Malasi, from Top Channel TV, for his investigation into the abuses related to newly built apartments that collapsed in the November 26th earthquake in Albania.

The ceremony continued with a reception. Due to the COVID-19 pandemic, the events had to be held outdoors with limited attendance