Murat Ağırel, Hale Gönültaş, Volkan Nakiboğlu and Fevzi Kızılkoyun are the winners of this year’s EU Awards for Investigative Journalism, given for stories published in 2020 in Turkey. 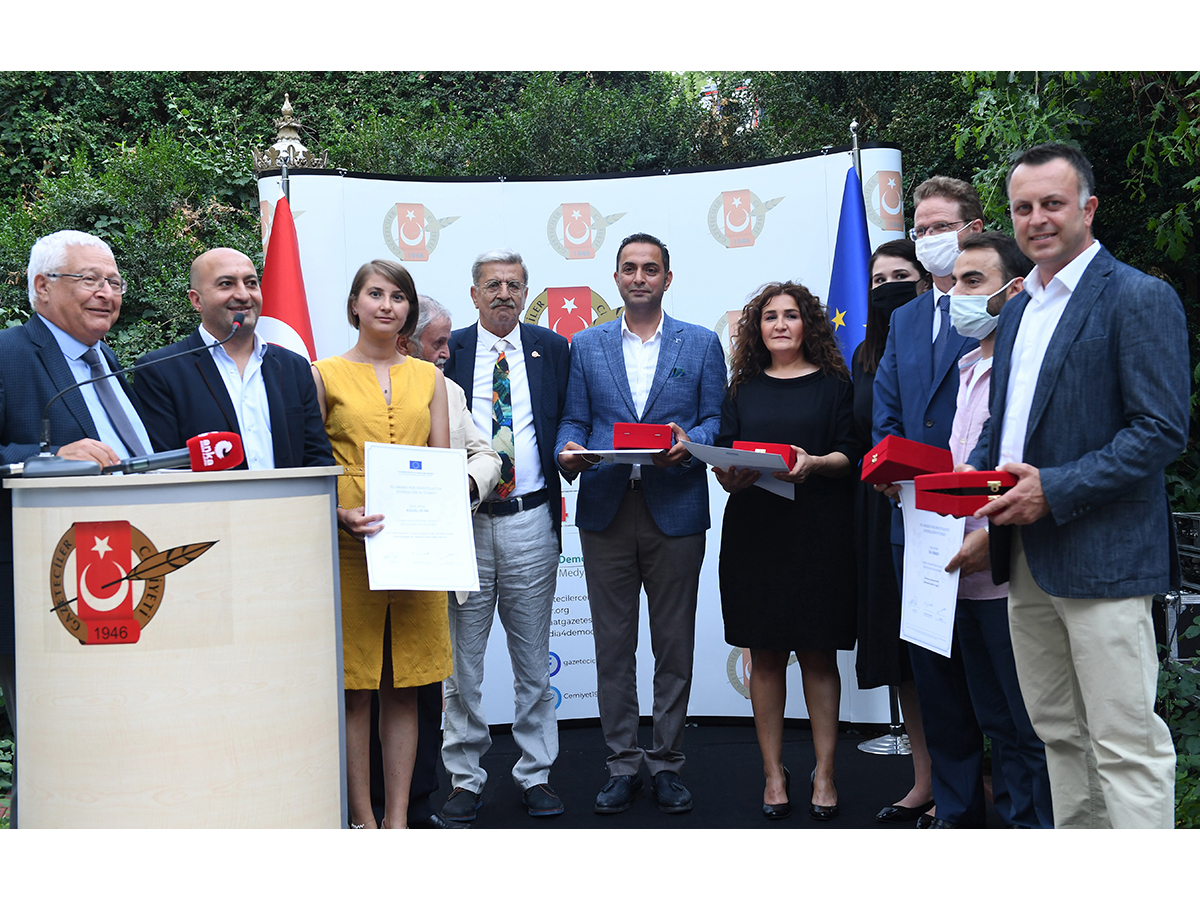 This year’s winning investigations exposed a variety of malpractices in Turkey,  ranging from the mishandling of public funds to the infamous ties between a drug baron and a chief of police.

A total of 53 applicants submitted their stories uncovering wrongdoings and shedding light on issues of importance to the public.

Apart from the three stories that were given awards, two other stories received special recognition from the juries.

At the awards ceremony on June 29, the head of EU Delegation in Turkey, Nikolaus Meyer-Landrut, highlighted the importance of investigative journalism and of ensuring the safety of reporters.

“In the wake of the attack against an AFP photo-journalist, I state that according to EU values, violence against journalists cannot be tolerated. We are in need of journalism in this age of global disinformation,” Meyer-Landrut told the ceremony in Ankara.

The first prize went to journalist Murat Ağırel, whose series of stories featured how public funds are being misspent in a variety of areas such as health and education. Articles unearthed unlawful purchases and expenses as well as possible money-laundering.

Journalists Hale Gönültaş and Volkan Nakiboğlu got second prize for their stories Iranian Border: Between Bullets and Wolves, which exposed the inhumane conditions that immigrants face on the Iranian border as well as the cruelty of human traffickers.

Third prize was awarded to Fevzi Kızılkoyun for the story Prestigious Baron: Official Car Issued to Turkish Escobar,  which explained how a drug trafficker violated the curfew during the pandemic with the help of a chief of police.

“Today we are here to honour our colleagues who practise this profession by doing it justice. Journalism requires dedication, first and foremost to the public, then to the truth, knowledge, and objectivity,” said Yusuf Kanli, vice-president of the Association of Journalists.

Special recognition jury prizes went to the Hazal Ocak for the story Leak in the Bosphorus – Garden Rented for Only 258 Liras a Month, which showed how public spaces are being taken by top government officials. Ocak’s stories have been banned on the grounds that she has been “interfering with the fight against coronavirus” and she is facing 14 years in prison at an ongoing trial.

The EU Award for Investigative Journalism is presented annually in six Western Balkan countries and Turkey for exceptional investigations published in the previous year.