When BFJE fellow Stavros Malichudis published his investigation into young unaccompanied male asylum seekers and refugees in Greece, he took it to the kind of people featured in the story to test their reaction. 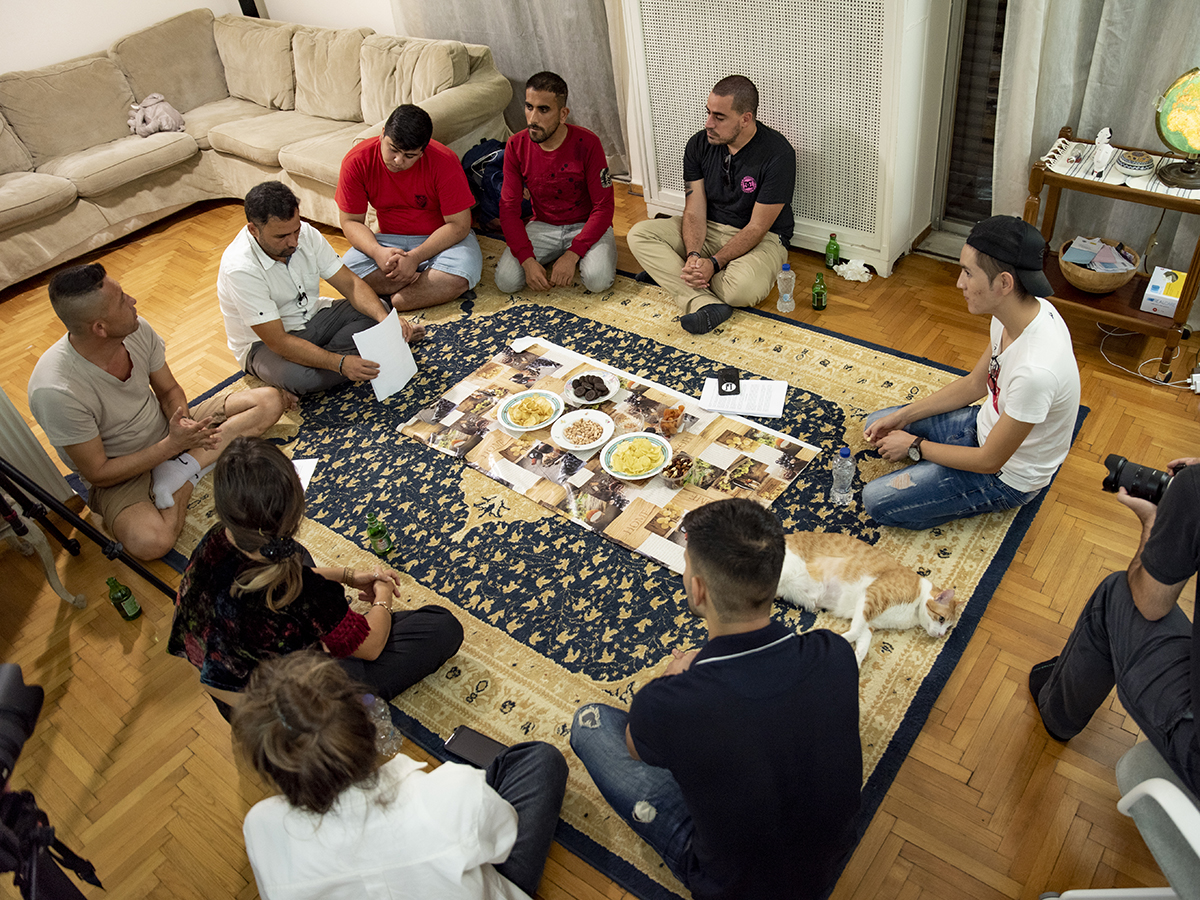 “We journalists work on a story, publish it, and then the feedback we usually get is limited to reactions on social media, from an audience that follows our work,” Greek reporter Stavros Malichudis told a group of people sitting in a circle on the floor of a living room in Athens. “But, in many cases, the ones that really need to get involved in the discussion are you – the protagonists in the stories we write,” he added.

On October 1, 2020, Balkan Insight published a long-term investigation into the different realities of unaccompanied minors that live in Greece, growing up in the shadow of coronavirus. The piece was produced as part of the Balkan Fellowship for Journalistic Excellence, BFJE*, supported by the ERSTE Foundation, in cooperation with the Balkan Investigative Reporting Network, BIRN.

For over a year, BFJE 2019 fellow Malichudis had followed young male refugees and asylum seekers that had arrived in Greece as unaccompanied minors, recording their lives and digging into the challenges they experienced.

During his research, he met unaccompanied minors living for months in grim conditions in the Fylakio and Amygdaleza detention centres, underage boys harvesting strawberries in Manolada and others living on the streets or sharing flats with up to 20 of their compatriots, while working on the “grey” market.

The article was published in both English and Greek. It was also translated into Pashto, Arabic, and Urdu, to be shared with the refugee communities, through the social networks they use to communicate and exchange information along the refugee route.

To mark the publication of the article, Solomon, a non-profit organisation founded in Athens which uses media as a tool for social inclusion and change, and BIRN teamed up to stage an event that included reading out the story and to which – more importantly – young male refugees and asylum seekers were invited, in order to share their reflections on it as well as their own experiences as unaccompanied minors.

The personal stories told by the participants matched a number of the realities that were described in Malichudis’ story. “I work in a mini-market of a relative which is down this street and sleep in the back of the store, because I have no other place to go,” A., an undocumented minor, shared. Like the other boys present, he spoke about the fact that they usually have to choose to work over education to make it through.

Another minor, J., has been living in Greece for two years, attends second grade at high school and speaks Greek amazingly fluently. “I am worried that next year they will ask me to leave the shelter and then I will have to work,” he said. He is planning to publish a book about his life as an unaccompanied minor with the help of an NGO.

The challenges of living in shelters in remote areas of Greece were also among the topics the group raised. One shared that he had been violently attacked in the centre of Athens, in an incident that he barely survived.

Participants opened up and also shared the deadlocks that they face almost daily due to the shortcomings of the welfare system when it comes to unaccompanied minors, as well as the burdens of their perception by society and the media, which tend either to portray them either as a “threat” or as objects of pity.

Maria Spiliotokara, a lawyer for HIAS,  the New York-based NGO that offers free legal assistance to asylum seekers around the world as well as in Greece, was also present and available for the participants’ questions, offering guidance on concerns and specific questions they had about the asylum process.

The event was hosted in the flat of Nasrudin Nizami, a member of Solomon and an interpreter for the Greek Council for Refugees, GCR, who assisted Malichudis with his research. Along with the photographer Nadir Noori, who has worked in the past with unaccompanied minors, Nizami provided interpretation services when needed, and coordinated the discussion at an event which aimed to recall an Afghani rather than a Greek gathering.

When the discussion turned to different topics as people enjoyed themselves over drinks and snacks, Μ. was the first to excuse himself and leave. “Thanks for the discussion and for having me. I have to go, or I’ll be late for my training,” this ambitious trainee boxer said; he is determined to do what it takes to follow his dream.

At the end of the night, before everyone said goodnight, S. asked Nadir Noori to translate some words for him. “Tell them I’m grateful for this evening. Next time, I will ask my sister to cook dinner for everyone”, he said in Farsi, before making his way back to the Malakasa camp from where he came.