Over the next three years, BIRN’s transitional justice initiative, which is supported by the EU, will focus on building the capacities of local media and civil society in order to promote reconciliation and intercultural dialogue. 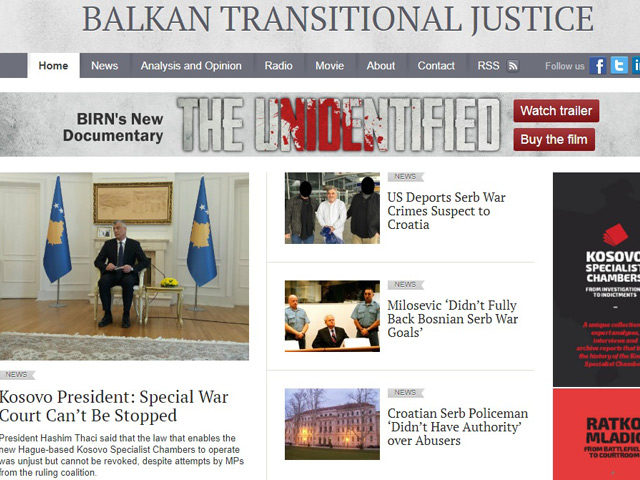 From 2018 to the end of 2020, the Balkan Investigative Reporting Network’s Balkan Transitional Justice Initiative will work to promote and strengthen transitional justice mechanisms and processes through regular, in-depth, high-quality reporting from Albania, Bosnia and Herzegovina, Croatia, Kosovo, Macedonia, Montenegro and Serbia.

Supported by the European Union, BIRN has partnered with the Netherlands-based organisation Impunity Watch in order to increase and strengthen the capacities of local journalists, civil society activists and victims’ groups to monitor, effectively engage and shape ongoing transitional justice processes, including the implementation of the EU policy framework on transitional justice.

In the upcoming months, besides daily reporting on transitional justice issues, BIRN’s team will produce investigations across the region, televised debates in Kosovo and Bosnia and Herzegovina, and create a focus page about the newly-established Specialist Chambers in The Hague.

Impunity Watch will hold workshops and produce policy papers about victims’ participation and guarantees of non-recurrence.

BIRN’s Transitional Justice Initiative has been run since 2011 and besides the EU, it has been supported by the Foreign Ministry of the Netherlands and the Robert Bosch Stiftung.