Over July, BIRN editor Matt Robinson trained 12 aspiring journalists from the Western Balkans who are part of BIRN’s Traineeship programme for young journalists on the basics of journalism. 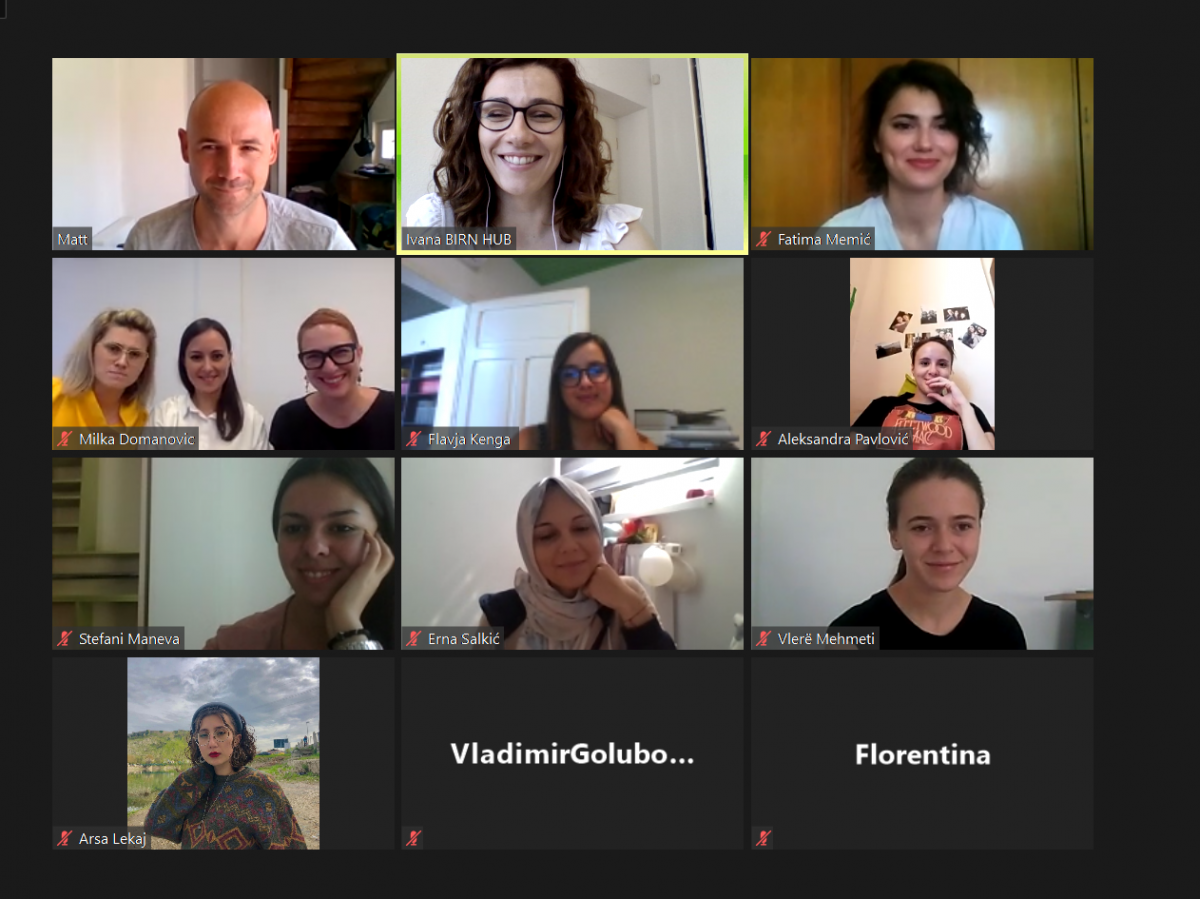 From July 7th to July 21st, a new group of trainees from the six countries of the Western Balkans – Albania, Bosnia and Herzegovina, Kosovo, Montenegro, North Macedonia and Serbia – had an opportunity to learn the basics of journalism, propose topics for their feature stories and work on their stories with BIRN editor and trainer Matt Robinson.

Marija Pešić from Montenegro said she hoped the training would lead to opening some journalistic doors in Europe. “I expect that the training will teach me standards of reporting and journalism and prepare me for working in relevant media outlets in my country and the region,” she said.

During the four training sessions, Robinson and the participants discussed the similarities and differences between news stories, features and analyses.

The group were trained on writing structure, how to conduct an interview and on the use of quotes and sources when writing features and investigations. Finally, they discussed journalistic ethics, balance and fairness.

Fatima Memić, from Bosnia and Herzegovina, said she expected the Traineeship programme to prepare her for a career in journalism. “Matt through his training is doing just that – teaching the basics of journalism but also motivating us to think out of the box and show all our potential,” she said.

After finishing the training with Robinson, the participants will spend the next couple of months working in professional newsrooms in the region as part of their Traineeship programme.

They will have the chance to become full-time members of the newsroom, attend editorial meetings, learn how to pitch ideas and choose relevant angles for a story, learn how to cover daily events and perform different kinds of interviews, work in the field, do a live broadcast, write analyses, feature stories and fact-checks, and much more.

The second round of the Traineeship programme was launched after the first cycle from November 2020 until February 2021 was completed, where 12 aspiring, young journalists spent four months working in professional newsrooms in the region, producing over 300 different news pieces.

Some examples of their work may be seen here, here, here and here. The programme saw great results, as a number of the participants were offered roles or temporary positions at different media outlets after completing their traineeship.

The Traineeship programme for young journalists is part of the “Media for all” programme funded by the British government and implemented by the British Council in partnership with the Balkan Investigative Reporting Network, BIRN), Thomson Foundation and INTRAC, The International NGO Training and Research Centre.