Nine towns and municipalities in Serbia – Sombor, Subotica, Pirot, Knjazevac, Sremska Mitrovica, Pancevo, Ruma, Zrenjanin and Trstenik – took part in workshops on the topic of involving citizens in the budget process with representatives of BIRN Serbia and NALED in the framework of the project “Participatory Budgeting”. 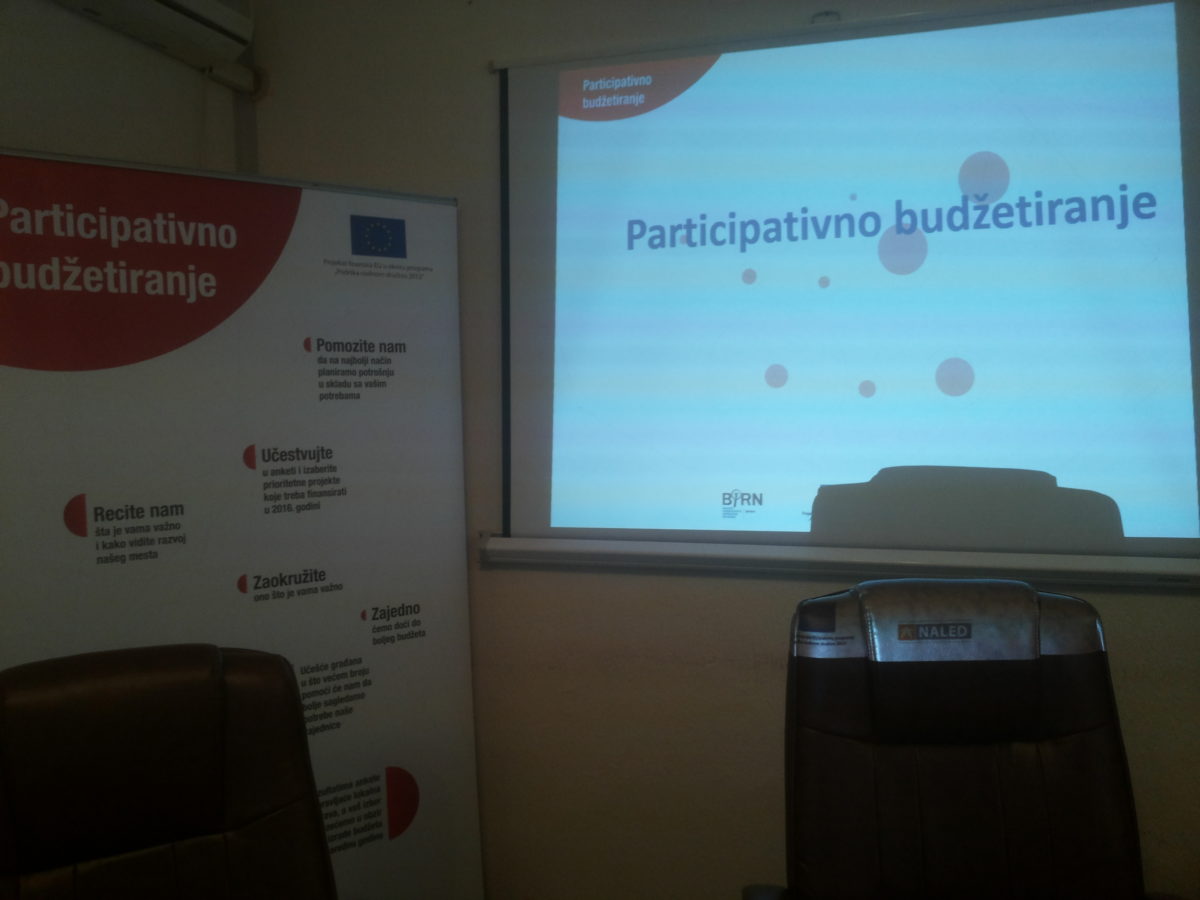 Introducing the practice of public participation in the decision-making process on local budgets, the project aims to strengthen the role of the media, civil society, businesses and citizens in the democratic process at the local level and so strength ther credibility of the decisions made by the public administration.

The project’s special value lies in the direct involvement of citizens and representatives of the media and civil society in the process of budget adoption and enabling them to continue to monitor the implementation of planned priority actions.

Workshops were held on 16 – 26 June and project activities will continue in August.