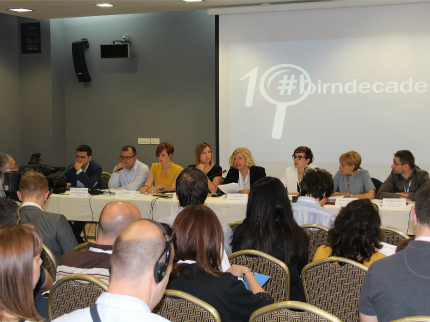 The BIRN network directors were featured on ‘Reflex’, a talk show hosted by Mimo Sahinpasic on TV OBN in Bosnia and Herzegovina. They discussed the various issues media professionals are faced with in the region today.

Commenting on the situation in Macedonia, BIRN’s director Ana Petruseva highlighted the power the government has over media in the country. “The prime minister’s cabinet decides on everything, from topics to be covered to potential interviewees,” Petruseva said.

BIRN regional network director Gordana Igric told FACE TV meanwhile that the media and civil society in the Balkans should not wait for Brussels’ help but act to ensure their own freedom and avoid becoming victims of political games.

Mirna Buljugic, BIRN BiH’s acting director, gave an interview for N1 in which she raised concerns about the deteriorating situation in the media sector, increasing political pressures as well as physical attacks on journalists in the country.

The cost of ethical and professional media is always high as room for critical opinion is constantly shrinking, concluded Jeta Xharra and Dragana Zivkovic Obradovic, BIRN directors from Kosovo and Serbia for Hayat TV.