BIRN Serbia held a debate on Tuesday about whether the government has been successful and efficient in implementing reforms in the context of European Commission’s recently-published 2013 report on Serbia’s progress. 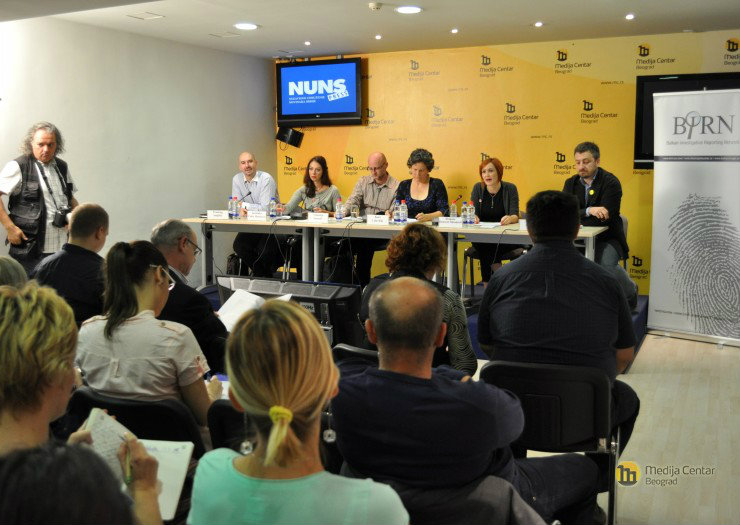 The debate focused on four key areas – the economy, health, education and the fight against corruption – in which BIRN Serbia has been monitoring government policies for the past year and a half.

More than 40 media, NGO and public administration representatives took part in the conference.

Dragana Zarkovic-Obradovic said that BIRN’s latest research showed that, even though European Commission report was generally considered “historically positive”, the real effects of the government’s reforms only range from semi-successes to failures.

Kori Udovicki stressed that the government’s economic promises were populist and that it is necessary to follow priorities and plan strategically in order to increase productivity.

She said that tightening up financial discipline and the rationalisation of the public sector were the main mechanisms for the recovery of Serbian economy.

Nemanja Nenadic said he believes that the EC report corresponded to real reforms in Serbia, but that it did not cover all the important issues – problems that repeat themselves from year to year, which Serbia has not done enough to solve.

He added that Serbia is entering another pre-election campaign period even though issues that came up during the previous election still haven’t been solved.

All participants in the debate agreed that the EC’s ratings are better than in previous years, but noted that Brussels is never too severe with the authorities.

The debate was part of the BIRN Serbia ‘Accountability Tools for Monitoring Government Performance’ project, which was conducted under the auspices of the British Embassy in Belgrade.