BIRN Romania journalists and alumni spoke about international reporting standards and freelancing, drawing on their own experiences of being involved in a number of BIRN regional projects, at Zilele Superscrieri [Superscrieri Days], an event that forms part of Romania’s main media festival. 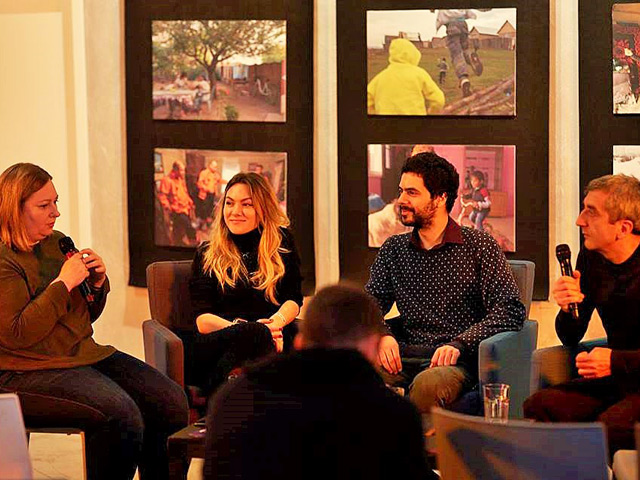 Ana Maria Luca, BIRN correspondent in Bucharest, shared her thoughts on reporting on a daily basis for Balkan Insight, stressing how tough but rewarding it is for a journalist to follow Western-style reporting standards while facing several challenges at home, such as the long delays and refusals of public institutions to deliver requested information, the reluctance of some analysts and officials to speak with a foreign correspondent, and more.

Lina Vdovii spoke about her investigations into migration and its effect on Romanian families, and into Romanian international adoptees who try to find their biological families via social media. Both reports were published in 2014-2015 as part of the Balkan Fellowship for Journalistic Excellence. Vdovii underlined the importance of having enough time and money to investigate such sensitive topics in depth.

Finally, Matei Barbulescu recalled how attending BIRN’s Summer School of Investigative Reporting this year had helped enhance his reporting skills and also increase his network of contacts across the region.

The debate held on 18 November in Bucharest was moderated by BIRN Romania’s executive director, Marian Chiriac.