Balkan Investigative Reporting Network Bosnia and Herzegovina, BIRN BiH, held a closing press conference for “Rule of Law – disclosed”, a project supported over the past two years by the Netherlands’ MATRA program. 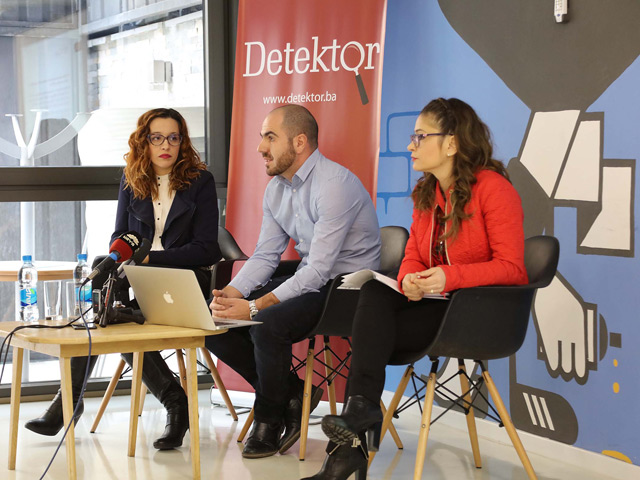 The conference, organized in Sarajevo on November 27, presented analyses of work on the judiciary with a special focus on the processing of organized crime, corruption and terrorism cases over the past year.

BIRN BiH director Mirna Buljugić said the lack of transparency in Bosnia’s judicial institutions, and low level of trust that citizens have in them, are one of the main reasons why BIRN BiH needs to act as a social correctively tool.

Journalist Elameri Skrgic-Mikulic presented analysis on the prosecution of corruption cases before the country’s state-level court, the Court of Bosnia and Herzegovina. Some of the main problems it detected are the lack of indictments, discrepancy between reported and prosecuted crimes and a shortage of experienced prosecutors.

One of the good practices institutions have started to use, however, is tracking the flow of money, which can present important evidence, and has an important role in preventing new crimes from taking place.

Dzidic also detected a lack of an effective mechanism of confiscation of illegally acquired property in cases of organized crime.

All analyses are available at following links: