At the launch of its new project on Friday in Budapest, speakers called attention to the rise of populism and anti-democratic values in Europe, and called on journalists to build effective coalitions with other opinion formers. 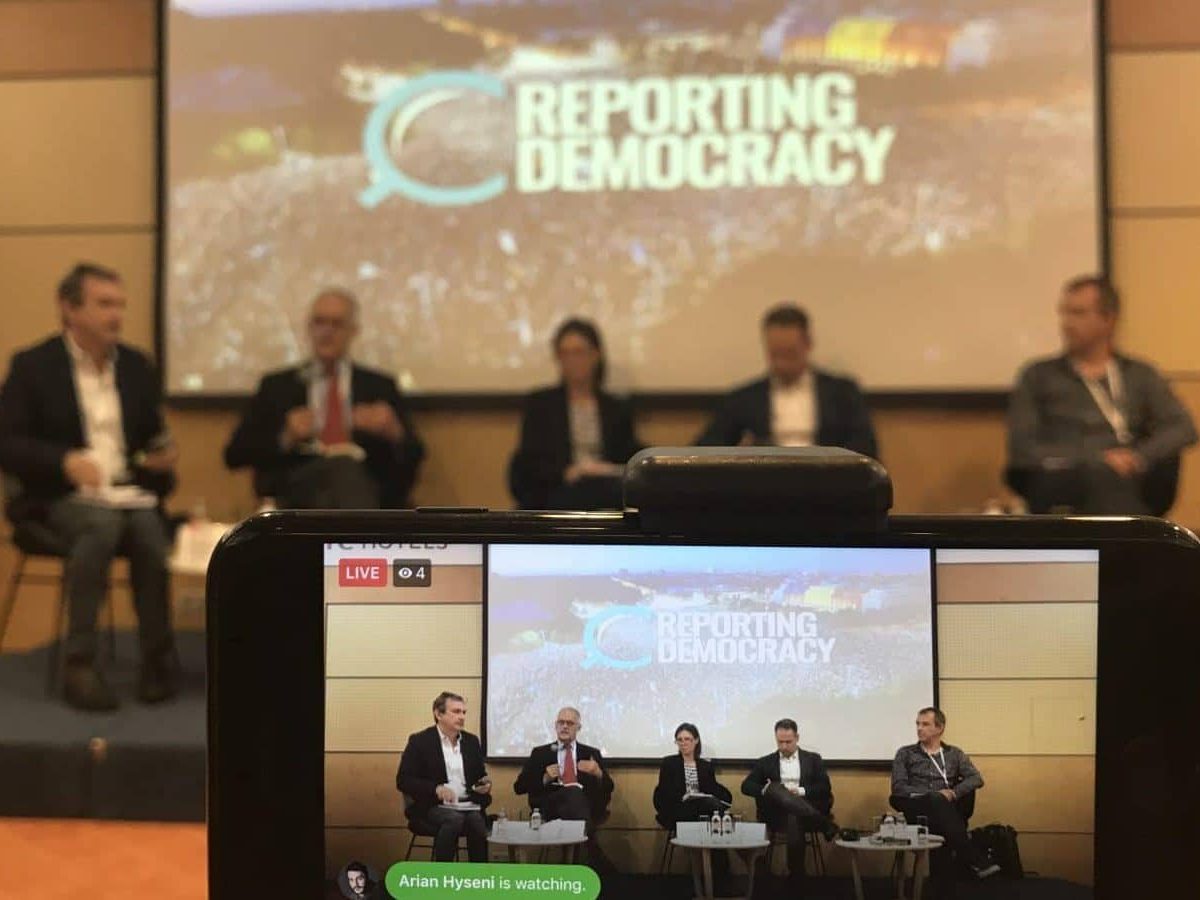 BIRN launched its latest project, Reporting Democracy, on Friday in Budapest with a conference that heard about the rise of populism in Central and Eastern Europe, the role of the media and about activism.

Experts agreed that democracy could not be taken for granted because populists and the far right present a serious threat to democracy across the EU, especially in vulnerable regions such as the Balkans.

“The reasons why we see an erosion of democracy and doubt whether democracy is right for us is that we have lived a long period where there was no challenge, where we have seen linear progress, and the clouds only came with the economic and financial crisis in 2008, and with the technological revolution, where people became worried that will they be replaced,” Ivan Vejvoda, Director of Europe’s Futures project, said.

Vejvoda explained that the rise of far right and populist movements was fueled by the perception that mainstream political parties and media are “not dealing with real issues”.

“This is why the work that quality journalism does, which unveils the various shenanigans between those in power and those in mafia … is vital… Only by projects like this, and similar ones, can we stand up and live up to our values – freedom and liberty,” Vejvoda said.

Lydia Gall, from the Human Rights Watch, said that in many countries there are sustained attacks on the judiciary, journalists and watchdog organizations. “If this is allowed, then the government controls the message,” she said.

“Finally, there is a need to uphold principles on basic human rights and standards – this is needed to uphold democracy and its important to note that one can win with that approach,” he said.

The conference also heard that the regression of democracy in Europe has opened the door to Russian and Chinese influence.

The second panel of the conference talked about the role of the media in reporting about populism and human rights violations.

Pauline Adès-Mével, from Reporters Without Borders, said the situation was deteriorating and violence against journalists in Eastern countries has been spreading to the West.

“The problem we are seeing right now in Europe is the decline of press freedom, but also something which goes hand in hand with politics – increasing authoritarianism. These two are linked and that is a problem. This causes more pressure and attacks on journalists,” she added.

Edit Inotai, the Reporting Democracy Correspondent from Hungary, said that there is a frightening echo chamber where there is no debate.

“You cannot talk about facts and things happening. If someone does not like something, it is labelled as fake news,” she said.

“Journalists need to do far more, not just in solidarity, but in forming strong ties and doing more in joint work and coalitions, because at the end of the day we are going to be talking about sustainability, which can make the media make money … but journalists have not been fast and successful enough in forging these coalitions and overcoming small differences, and in developing ways how to promote and sell or spread their stories and investigations,” she said.

The final panel of the conference discussed the role of civic protests in Europe and participants heard about various movements on behalf of human rights and freedoms.

Branislav Trifunovic, actor and organizer of #1od5miliona protests, called for citizens to show courage and rage.  “You have to be angry at these governments. Just rage against the machine,” he said.

Reporting Democracy is a cross-border journalistic platform dedicated to exploring where democracy is heading across large parts of Europe.