On the anniversary of the devastating Skopje earthquake in 1963, BIRN Macedonia published an online interactive database “Skopje 2014 Uncovered” documenting the new classical look of Skopje in the past five years. 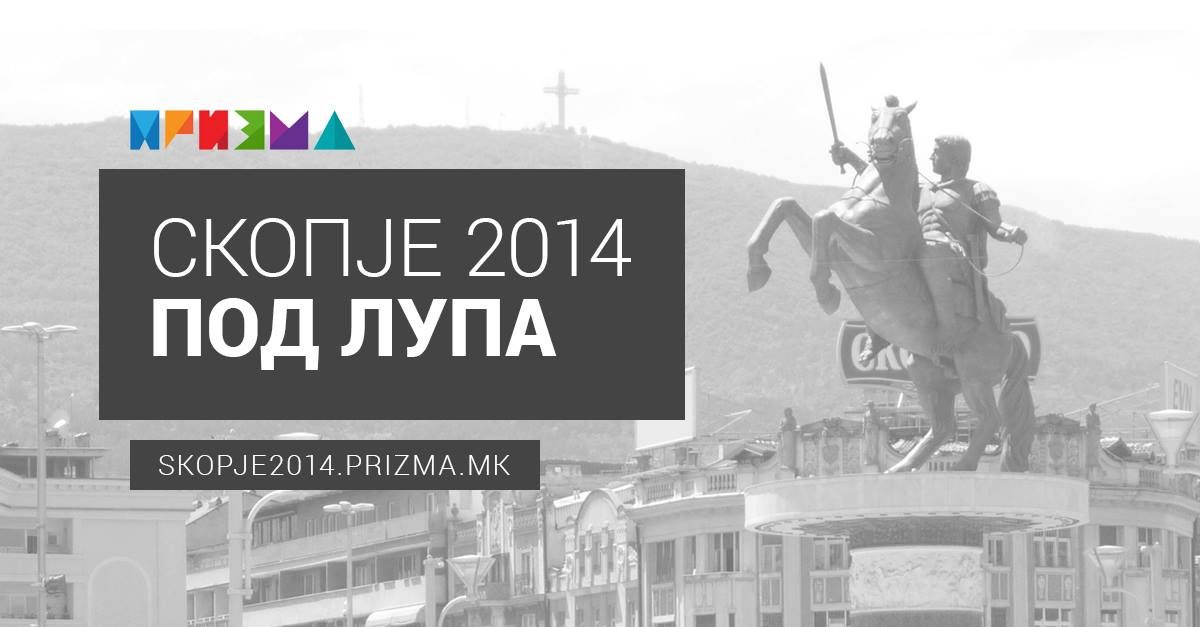 When the grand revamp of the Macedonian capital was first announced back in 2010, the project, known as “Skopje 2014”, envisaged the construction of some 40 monuments, sculptures, facades and new buildings.

Fast forward to 2015 and the number of buildings and monuments has tripled.
The price tag of Skopje’s new look has meanwhile also shot up, far surpassing the initially announced figure of €80 million, to around €560 million, a BIRN investigation shows.

The eight-month  investigation draws on data procured through the Access to Public Information Act, the official web page of the Public Procurement Bureau, the “Skopje 2014” audit and a joint report by the government, the Skopje municipality of Centar and the Ministry of Culture, presented after the 2013 local elections.

The “Skopje 2014 Uncovered” database documents and maps works built or under construction  with the official contracts, authors’ fees, annexes and statistics on most contracted builders, sculptors, architects and foundries that participated in the project. As of July 26, this data is available to the public in Macedonian language. An English version will be available soon. An official launch and promotion event will be held in September.

The online database is available at: http://skopje2014.prizma.birn.eu.com/

More details on the investigation and the results are available here.