Several dozen representatives of NGOs and journalists debated priority issues in the field of education and youth on May 30 in Skopje. 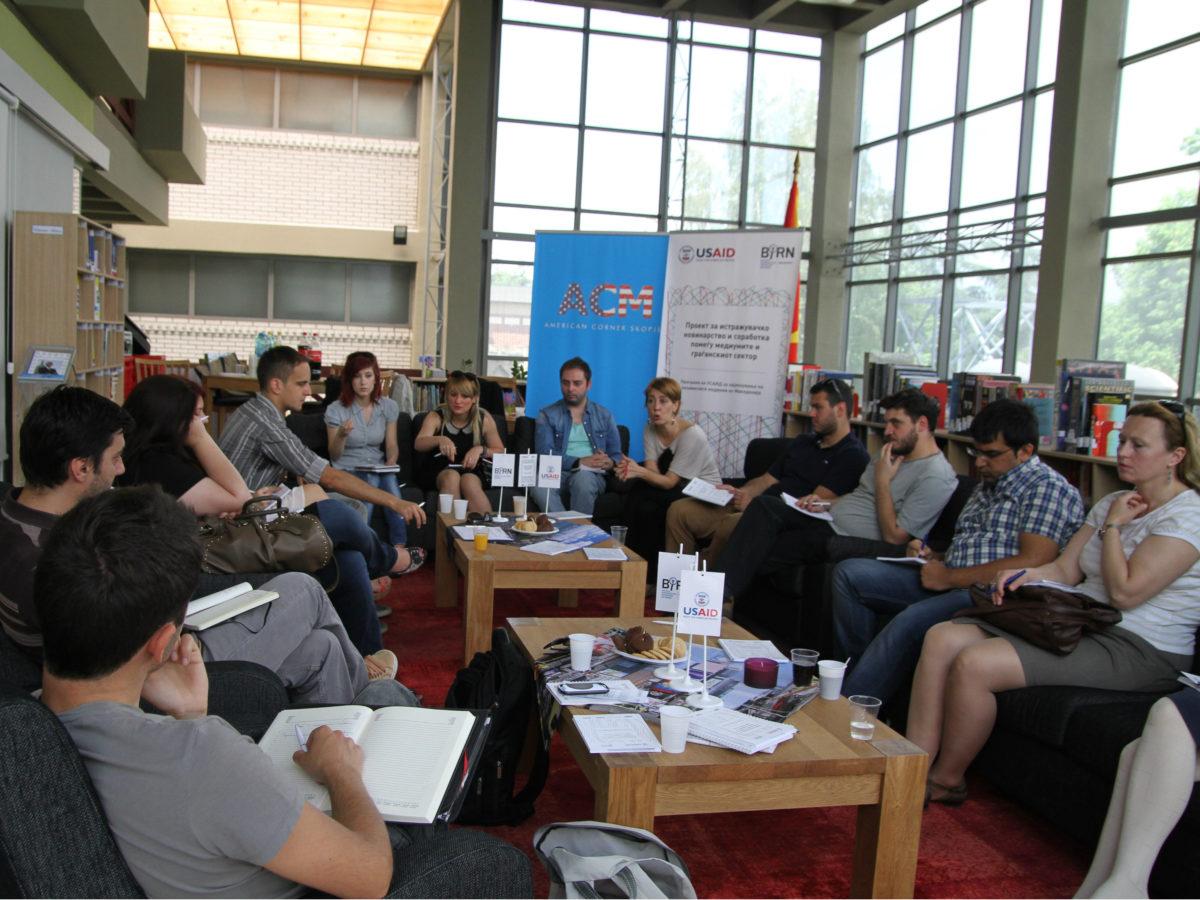 The panel discussion was organized by BIRN Macedonia in partnership with Center for Civil Communications.

Education and youth was the fifth panel discussion organized as part of the “Project for Investigative Journalism and Cooperation between Media and Civil Society”.

The project is funded by the USAID Programme for Strengthening Independent Media in Macedonia.

The NGOs tried to explain the problems they face in their bids to reach audiences important to their work, and highlighted the difficulty of increasing interest in the media in these topics.

The journalists noted, and all participants agreed, that NGOs should focus on cooperation with those journalists that they already established, and not to spend time and effort on changing the mindset of the media at large.

It was also noted that the traditional press conference is no longer an efficient tool of communication and other means of bringing the results of the work of NGOs should be used.

The panel was the sixth in a series of 10 organized as part of a project for investigative journalism and cooperation between media and civil society.