BIRN Kosovo held its first training session with the Auditor General and Head of Department for International Communication and Cooperation in Auditing on February 3 as part of a project aimed at increasing transparency and accountability over the management of public funds. 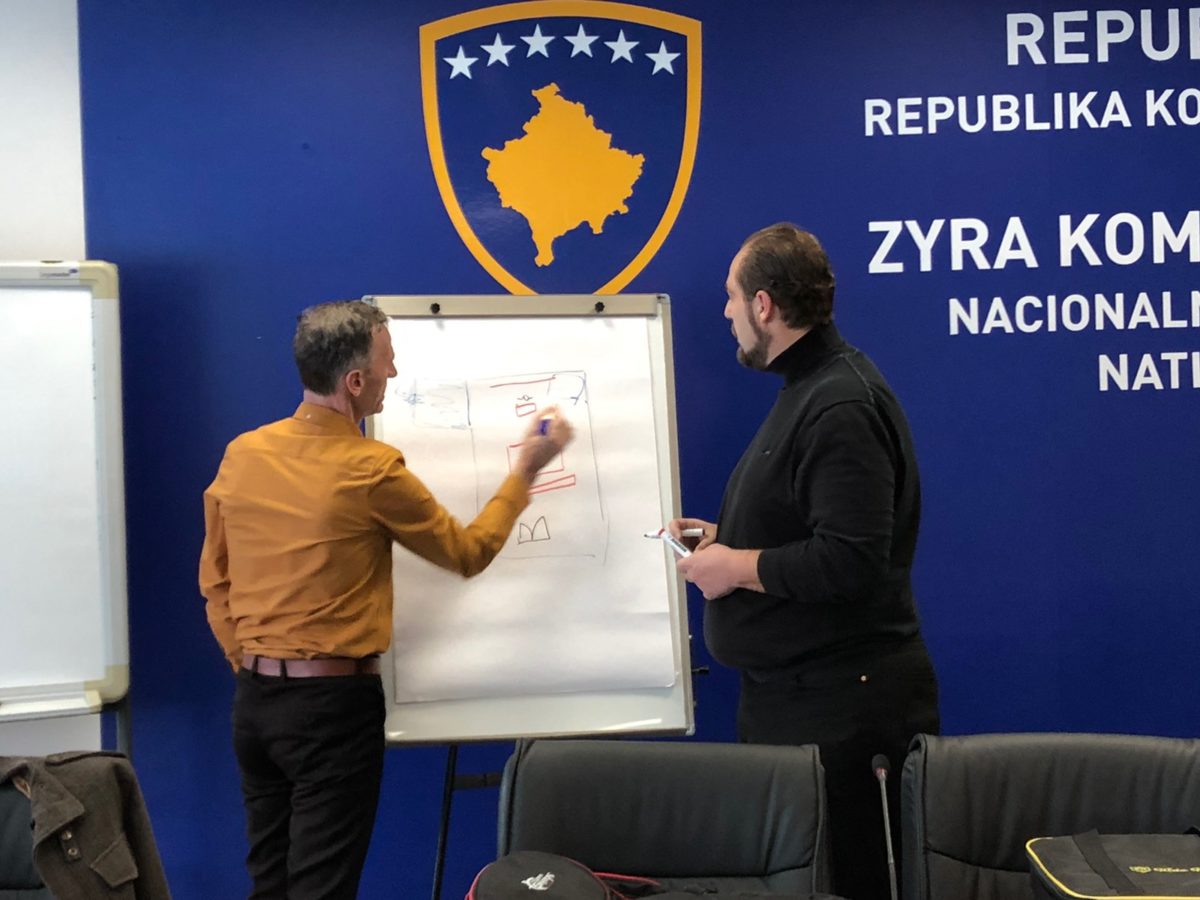 Supported by the embassy of the Kingdom of the Netherlands in Pristina, the training courses are intended to improve the performance of the Auditor General and National Audit Office staff in reporting and providing information on public spending.

During the training, the executive director of Internews Kosovo and Pproducer and director of the ‘Life in Kosovo’ TV show, Faik Ispahiu, gave insights into how to organise a public presentation, including arranging the space, assigning tasks, preparing speeches, and creating a presentation plan.

The training was followed up with a technical exercise showing how to use a prompter during public appearances.