A conference organized by BIRN and Internews Kosova on March 28 presented a report with findings on the monitoring of judicial cases in Kosovo that have been targeted in connection with visa liberalization, and the procedures for each case. 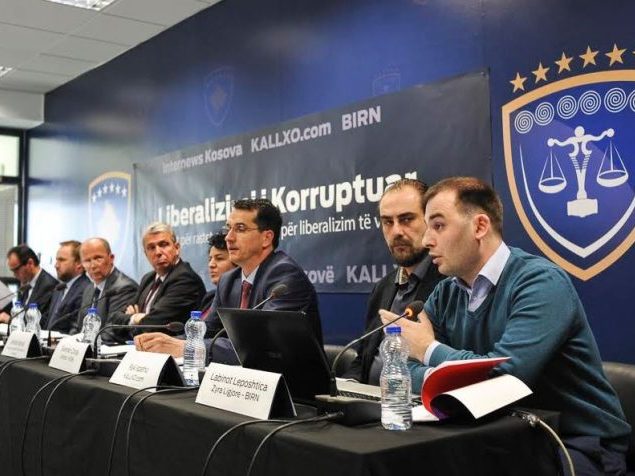 At the beginning of the conference, the main findings of the report were outlined.

Labinot Leposhtica, BIRN/Internews Kosova’s Legal and Border Monitoring Coordinator and co-author of the report, stated that there were a total of 39 targeted cases, focusing on 19, with an emphasis on the Basic Court procedures in which 15 of the cases are being processed.

He noted a discrepancy between the data provided by the Prosecutorial Council and the Judicial Council, KJC. From the KJC, it was stated that so far five first instance cases were concluded, and six with a final decision rendered.

In the KPC, there are eight cases with a final decision rendered, and four cases concluded in the first instance.

Of the 19 cases, the largest number now in process are before the Basic Court in Prishtina, two in Mitrovica, Prizren and Ferizaj, and one in the Kaçanik branch.

Aleksander Lumezi, the Chief State Prosecutor, said he agreed that there had been no concrete progress concerning final decisions on the targeted cases.

He pointed out that the Prosecution targeted 40 cases, and that together with the Chief Prosecutor of the Special Prosecution, they are in the targeting phase of a number of these cases, and by the end of June expect to return with more conclusive results. 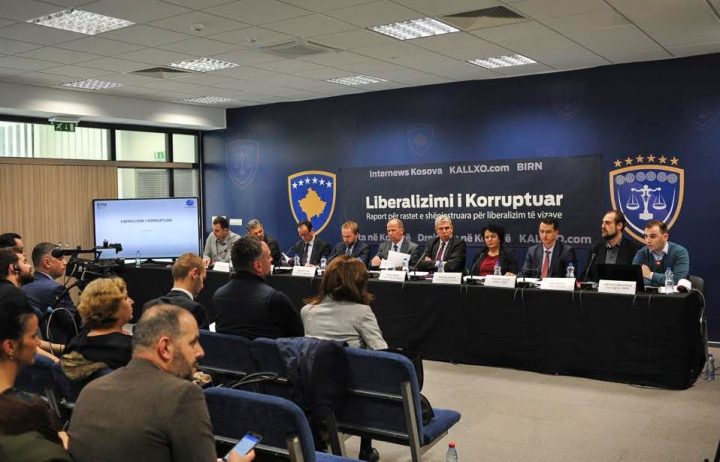 Faik Ispahiu, Director of Internews Kosova, said there had been some progress but not enough in comparison to what was needed. “There are advances, there is progress, but these are so small as to be almost negligible,” he said.

Abelard Tahiri, Minister of Justice, said policy making is important in this process. “I am talking about its three perspectives: addressing issues arising from the progress report; implementation of the national plan; and the enlargement report, where deep reforms in the judiciary and prosecution are required,” he said.

Enver Peci, President of the Supreme Court, stated that the EU rule of law body EULEX was complicating things, that fighting crime and corruption as criterion for visa liberalization was a process, and that cases cannot be measured day by day.

Reshat Millaku, the Coordinator of the KPC for these cases, said that they had targeted all of the cases to convey the message that no one is untouchable. Millaku stated that when he took up the post of KPC coordinator for the targeted cases, he asked all prosecutors from the basic prosecution to send every case of corruption so that a database could be created.

Hasan Shala, Chairman of the Court of Appeals, mentioned that last year the court concluded 145 cases out of 161 cases in total, and affirmed those who had committed a criminal act, and deserve to, will go to jail.

Aferdita Bytyqi, President of the Basic Court in Prishtina, said the judges of this court and the Department for Serious Crimes faced the biggest challenges. She said she understood that the capital’s court has more cases because high crime is more concentrated in Pristina. Despite these challenges, she said, cases targeted for visa liberalization were progressing.

Skënder Çoçaj from Kosovo Judicial Council indicated several recommendations that BIRN and IKS have provided in the report, which have recently started being implemented, and they need now to decide whether there is legal basis to transfer these cases to other courts.

Three of the 19 cases dealt with in the report are known as the “Ferronikeli”, “Stenta”, and “Safety” cases.

In the “Ferronikeli” case, the accused is the former leader of Lipjan, Shukri Buja; 129 days have passed and the date of the hearing has not yet been determined. In total, 884 days have elapsed since the start of this case.

The “Stenta” case includes 59 physical persons and four juridical ones that have been accused; 646 days have elapsed since the filing of the indictment and no review of the case has begun.

In the “Safety” case, the accused include the director of KEK, Arben Gjukla, and the former head of PRB, Hysni Hoxha and the former chairman of Skenderaj, Sami Lushtaku.

Some of BIRN’s and IKS’s recommendations are:

Participants in this discussion included judges and prosecutors of the specific targeted cases, lawyers as well as representatives of civil society.

The whole report in English is available here.

The whole report in Albanian is available here.