On December 2, BIRN Kosovo held the seventh training session with students of the “Xhelal Hajda” high school in the municipality of Rahovec as part of the EU funded project “Solidifying the Resilience of Kosovo’s Current and Future Journalists”. 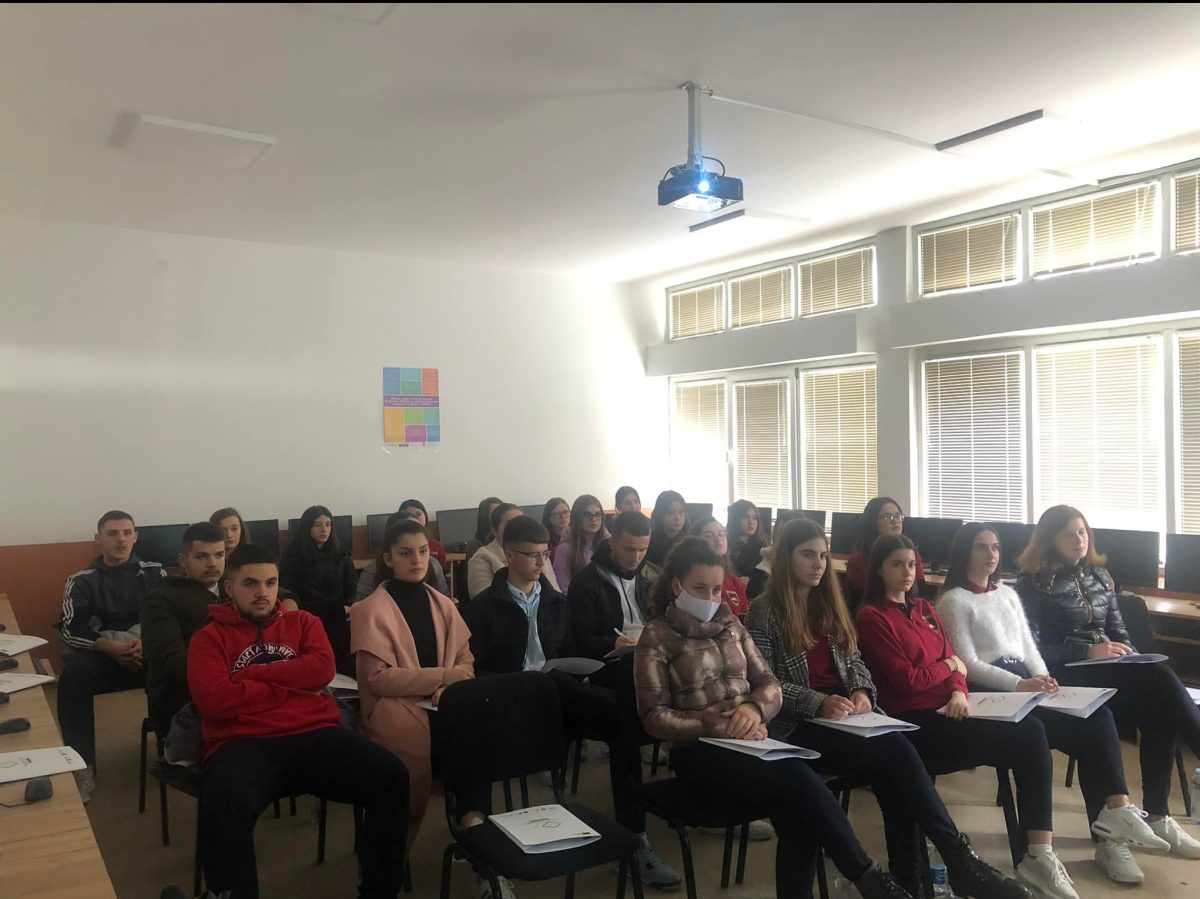 The training which was held by trainers including Dorentina Kastrati – a Editor of KALLXO.com and Valdet Salihu – Producer of “KALLXOPernime” was aimed at students of Kosovo’s state-run high schools that are interested in undergoing training in media production, media literacy and tackling fake news.

A total of 25 students from the social sciences department of the “Xhelal Hajda” high school participated, 20 of whom were women.