BIRN Kosovo held a town hall conference on Wednesday about the impact of the pandemic on municipal revenues and expenses, the first such event to be organised within the framework of the ‘Promoting the Auditor General/National Audit Office’s Role in Kosovo’ project. 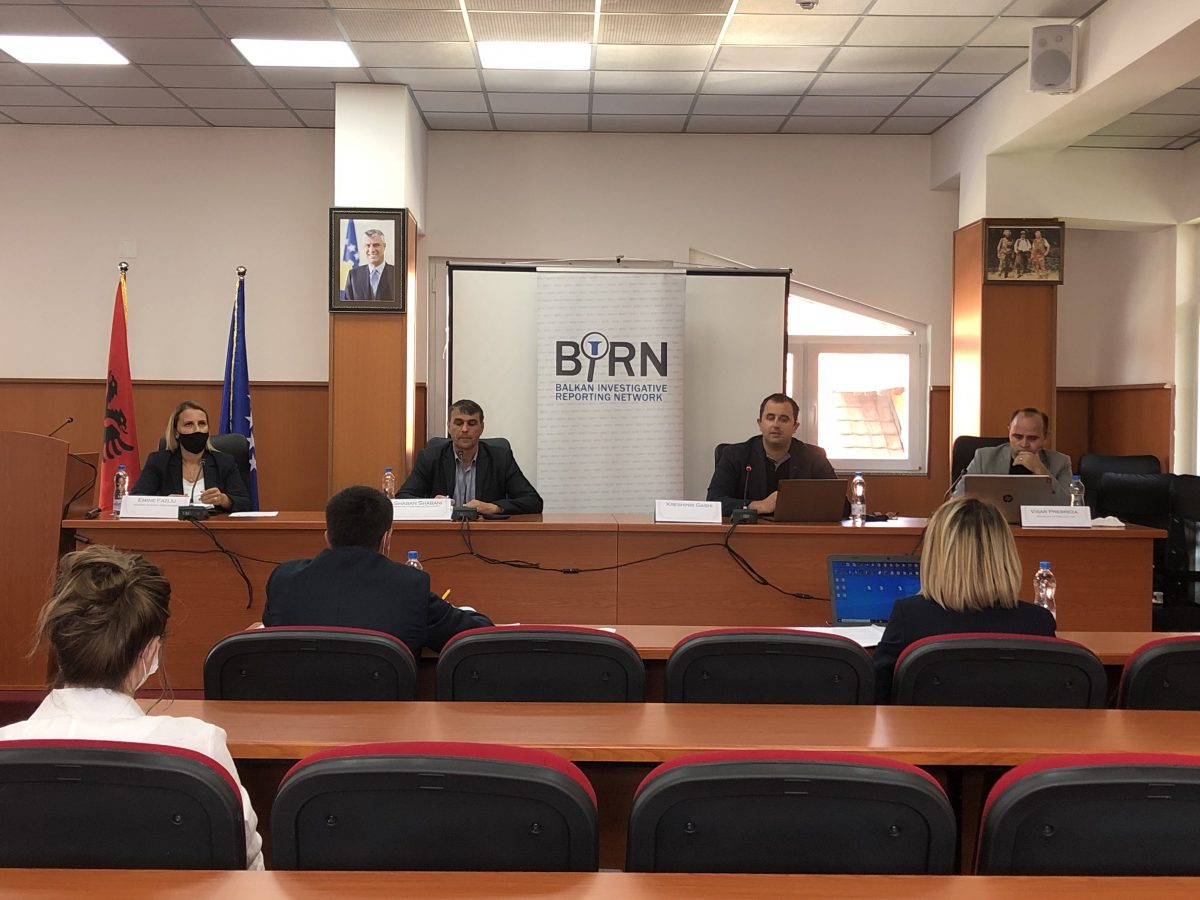 Supported by the Embassy of the Kingdom of the Netherlands in Pristina, these town hall conferences are intended to examine the difficulties that municipalities face in collecting revenues and spending their budgets. They also present the findings of the Auditor General, with a particular emphasis on those relating to public finances.

The conference was attended by the mayor of the municipality of Dragash, Shaban Shabani, Assistant Auditor General, Emine Fazliu, the managing editor at KALLXO.com, Visar Prebreza, as well as representatives of civil society and municipal assembly members. The conference was streamed live on BIRN’s anti-corruption platform KALLXO.com.

Prebreza gave a brief presentation about an analysis of the auditor’s findings, noting that “the pandemic has complicated the issue of revenues and the expenditures of public money in this municipality.”

Mayor Shabani assessed that “holding this debate contributes to increasing the transparency of the municipality”, adding that the municipality considers the Auditor General a very important mechanism for improving governance.

Meet the People Behind BIRN