The RIINVEST Institute, a Kosovo think-tank, presented awards on Friday for the three best articles covering issues related to the economy that were produced following training sessions held by the institute. 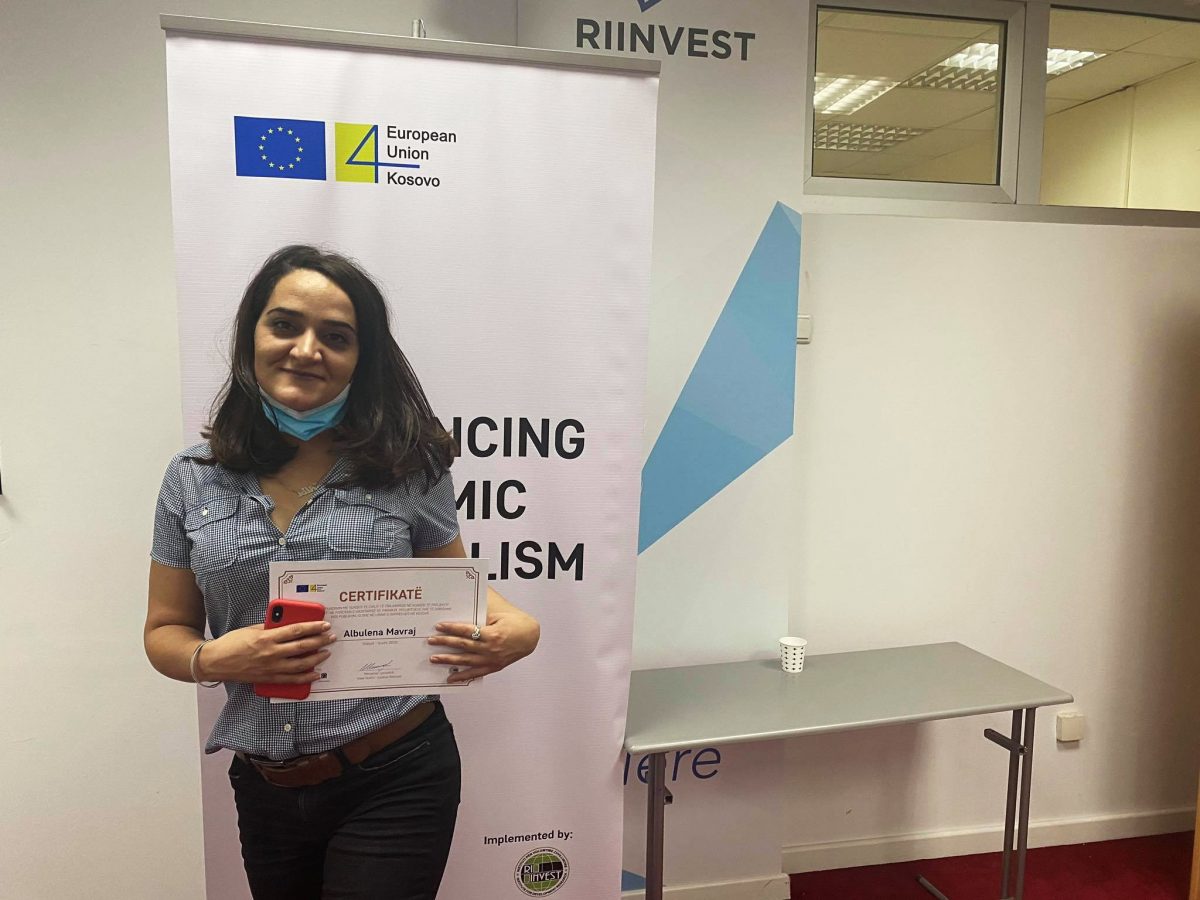 The training and awards were made possible by a grant from BIRN, as part of the ‘Contribute to Strengthening Independent, Investigative and Publicly Beneficial Journalism and Freedom of Expression in Kosovo’ project, which is being implemented in cooperation with the Association of Kosovo Journalists.

First prize was won by Albulena Mavraj for her article evaluating government plans to allow citizens to withdraw ten per cent of their savings in the Kosovo Pension Fund as a means to help combat the economic effects of the coronavirus crisis.

According to the jury, the article provided credible information to the public about a topic which was not thoroughly covered or explained in most of Kosovo’s media outlets.

Albione Hajdari was awarded second place for her article exploring the hardships that young people in Kosovo face in searching for work following graduation. Third place went to Lulzim Ahmeti, whose story outlined some of the economic damage caused by the coronavirus crisis.

The project, which is supported by the EU, seeks to develop journalism that is independent, impartial, unbiased and beneficial to the public interest, while equipping the beneficiaries with the required skills and resources to implement creative, investigative stories.