On September 28, a new project aiming to promote transparency in Kosovo’s judicial sector was launched. 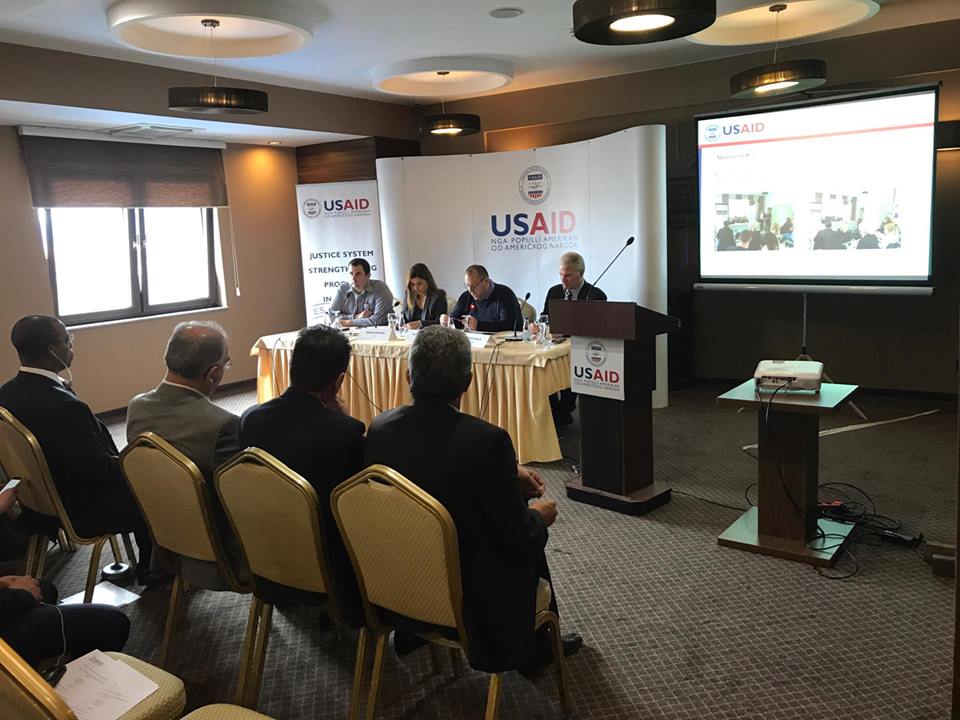 The project, a partnership between USAID’s Justice System Strengthening Program (JSSP), the Kosovo Judicial Council (KJC), and civil society organizations, such as BIRN Kosovo, Advocacy Center for Democratic Culture (ACDC) and Democracy Plus, aims improve public outreach and communication between the judiciary and the public.

Mark Isom, acting Deputy Mission Director, and Nehat Idrizi, Chair of the KJC, gave introductory remarks at the project’s launch, emphasizing the significance of transparency in fostering accountability in the judicial sector.

Throughout the project’s timeline, partners, including BIRN Kosovo, will closely collaborate with specific courts to inform the wider public on the courts’ activities, and will utilize social media to increase public outreach.

The launching event hosted various civil society organizations, relevant public officials, and media groups who have an interest and stake in contributing to increased transparency and accountability in Kosovo’s justice system.

Kreshnik Gashi from BIRN Kosovo presented BIRN’s role and activities within this initiative.  The new initiative will greatly benefit from BIRN Kosovo’s support, which, as an independent and non-governmental organization, acts as a watchdog in the implementation of the democratic transition processes, including for judicial sector reforms. As an organization that contributes to enhancing the accountability and professionalism of Kosovo’s justice institutions, BIRN will help the JSSP’s team to increase judicial transparency, accountability, and effectiveness, and to widen the public’s understanding of Kosovo’s court system.