Serbeze Haxhiaj, a journalist for the Balkan Investigative Reporting Network, was given the 2019 Rexhai Surroi journalism prize for the best written work of the year on Monday. 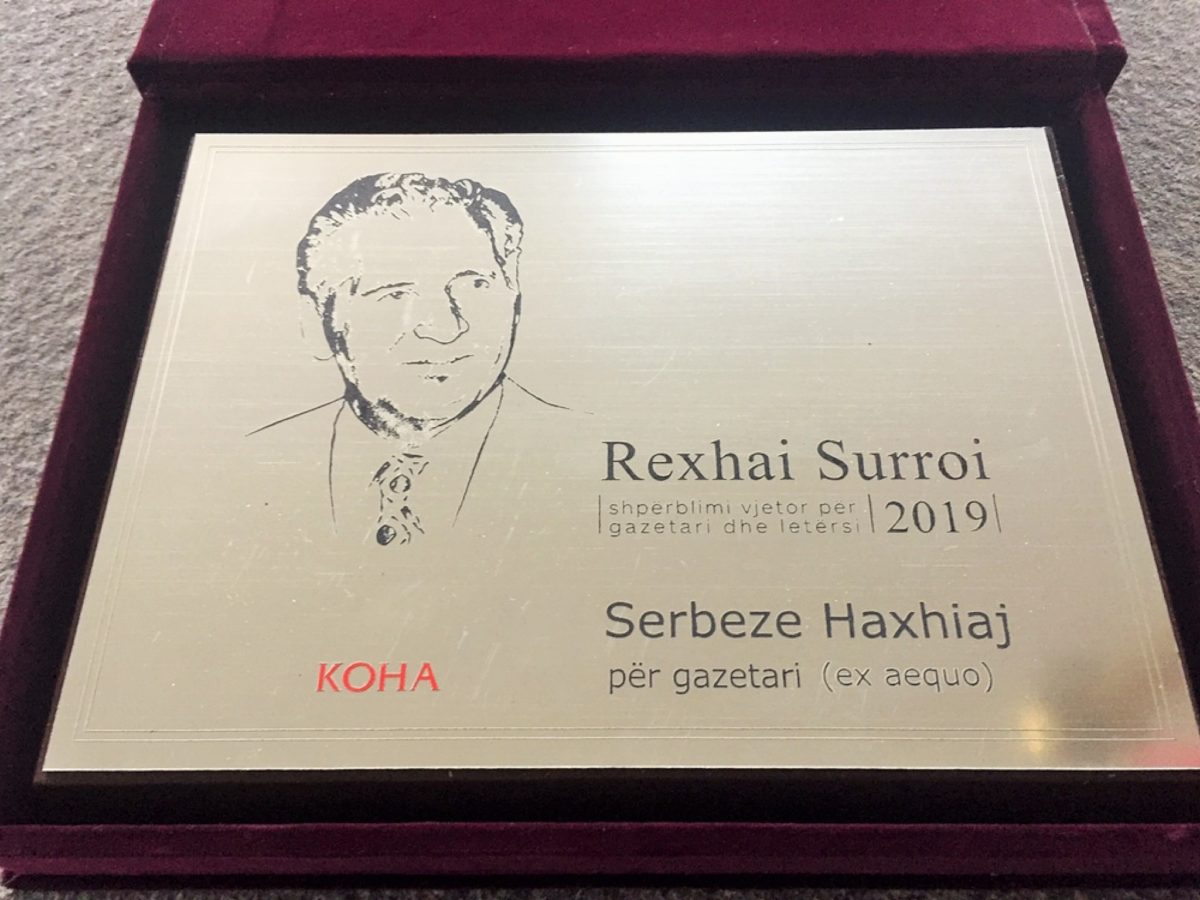 Haxhiaj was awarded for her story for the Balkan Investigative Reporting Network about children born as a result of rape during the war in Kosovo.

For the article, Haxhiaj spoke to mothers who became pregnant after being raped by Serbian fighters during the Kosovo war, addressing a topic that remains taboo in the country.

The jury said that this was an extraordinary story which had resonance beyond Kosovo’s borders.

Other award winners were Ardiana Thaci from KTV for a series of web articles and Bashkim Hoxha for the novel ‘Kronikat e Mjegullës’ (‘Chronicles of Clouds’), while veteran journalist Zenun Celaj was given a lifelong achievement award.

The awards are named after Rexhai Surroi, who was a pioneer of Kosovo journalism and an author. He died in a traffic accident in December 1988 while serving as the Socialist Federal Republic of Yugoslavia’s ambassador in Spain.

Pristina-based media house Koha Group has been presenting the Rexhai Surroi awards since 2008.

The jury members were two journalists and professors of journalism, Imer Mushkolaj and Majlinda Bregasi, and novelist Xhevat Syla.