A BIRN grant recipient trained journalists in Kosovo how to explore the archives of the International Criminal Tribunal for the Former Yugoslavia and domestic courts in ex-Yugoslav countries that deal with war crimes cases. 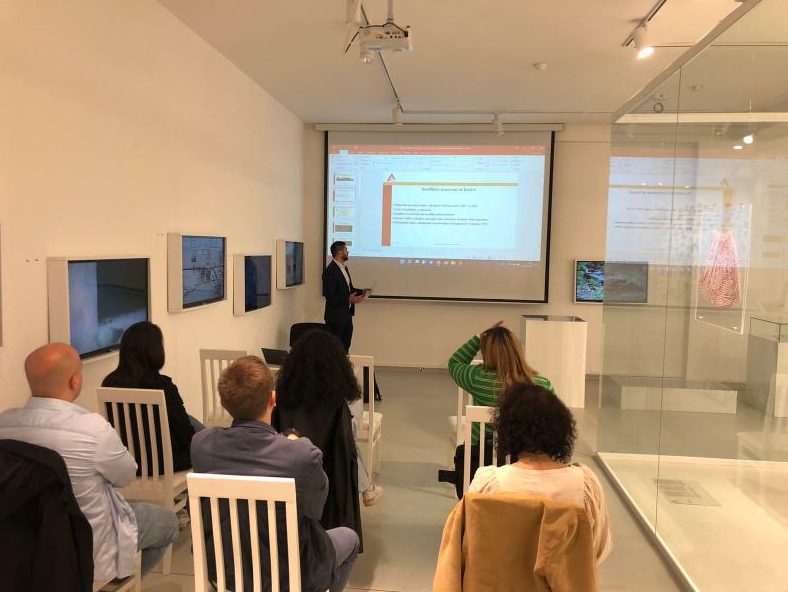 Amer Alija, one of 13 recipients of grants from the Balkan Investigative Reporting Network to create small projects based on the archives of the UN war crimes tribunal, held a workshop for young journalists in Pristina on Thursday about how to research Kosovo war crimes in court archives.

“Documents administered by courts provide many details and insights into historical events that researchers and journalists can use to tell the truth, using official documents and sources,” Alija, a legal analyst at the Humanitarian Law Centre Kosovo, told the journalists.

His workshop was divided into two sections: lectures on the history of trials for crimes committed during the 1998-99 Kosovo war, and training on using the International Criminal Tribunal for the Former Yugoslavia, ICTY’s database and the databases of Kosovo and Serbian courts dealing with war crimes cases from the Kosovo war.

Alija talked through the events of the Kosovo war, the forces involved and the difference between war crimes and crimes against humanity.

He explained that crimes related to the Kosovo war have been tried in five different types of courts including the ICTY, Kosovo’s domestic courts, Serbian courts, Montenegrin courts and the Kosovo Specialist Chambers, a hybrid court that exists within Kosovo legal system but is located in The Hague and is trying former KLA members.

He said that there are 11 cases currently ongoing in Kosovo’s domestic courts and three at the Specialist Chambers.

He also said that contrary to common belief and reporting in Kosovo’s media that such cases are unpunished, five people have been convicted of bearing responsibility for sexual violence during the Kosovo war.

In the second part of the workshop, Alija showed the journalists how to do research in the ICTY’s database of court documents that include indictments, testimonies, official state documents, photographs and other documents admitted in court.

He also provided documents and step-by-step guides for using the ICTY database and domestic courts’ and non-governmental organisations’ databases in former Yugoslavi countries.

Alija showed the journalists how, by opening an account for the ICTY database, they can find more information about specific massacres during the war or particular war crimes by reading the indictments of individuals who have been tried already and the evidence from their trials.

Nejra Mulaomerovic, programme associate at BIRN’s Balkan Transitional Justice programme, said that archives play an important role in ensuring that the past is properly documented.

“The archives themselves are not a guarantee of the non-recurrence of conflicts, but if they are used by various actors from different research and academic backgrounds, they can contribute to raising awareness and can be used as tools to spark dialogue and inspire others to continue their efforts to seek justice and truth,” Mulaomerovic said.

BIRN’s other grantees have been exploring topics such as gender-based violence, Roma war victims, wartime sexual violence, the experience of women in conflict and the role of photography in prosecuting war crimes.