BIRN editors from Kosovo and Bosnia and Herzegovina participated in a seminar in Nuremberg, Germany, on journalism and trial reporting on November 19-22. 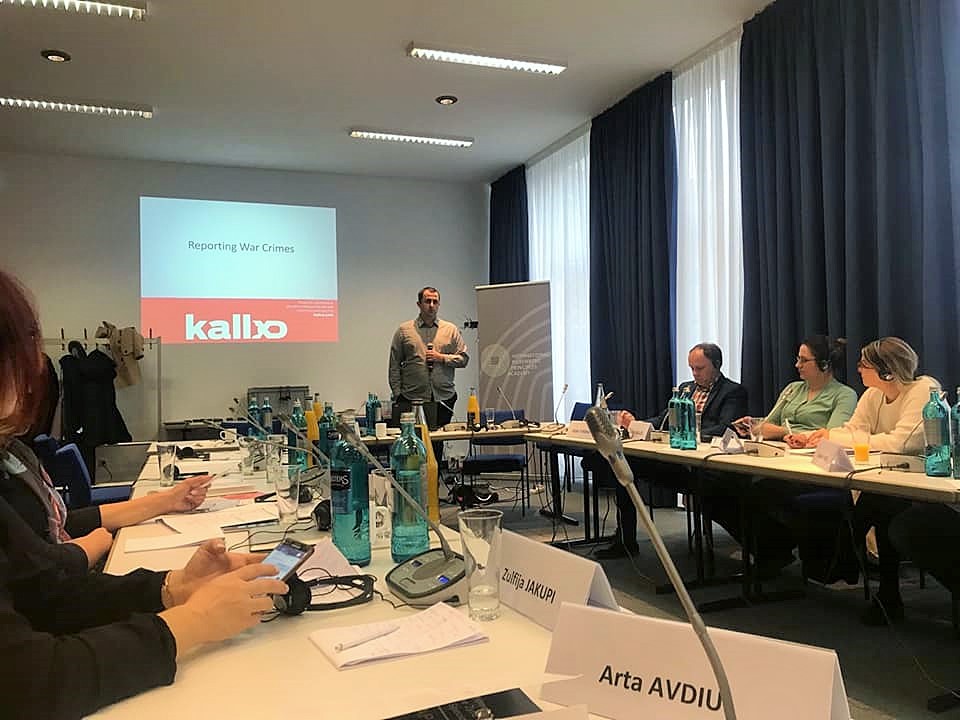 BIRN Kosovo’s Kreshnik Gashi and BIRN Bosnia’s Denic Dzidic travelled to the German city of Nuremberg to address a seminar organised by the Kosovo Specialist Chambers and the International Nuremberg Principles Academy on journalism and trial reporting.

Gashi, editor and moderator of BIRN Kosovo’s TV programme ‘Justice in Kosovo’, made a presentation about the work of BIRN Kosovo’s site KALLXO.com on reporting war crimes, covering the legal responsibilities of journalists writing such sensitive reports, accurate and objective reporting, and the verification of facts before reporting on cases.

Dzidic, editor in chief of BIRN Bosnia’s online publication Detektor, spoke about lessons learned from following international tribunals and war crimes trials in Bosnia and Herzegovina. He highlighted how BIRN had become a specialised news media for transitional justice and what importance that played for the victims and diaspora communities in Bosnia and Herzegovina.

Opening remarks at the seminar were made by the director of the International Nuremberg Principles Academy, Klaus Rackwitz, and Dr. Fidelman Donlon from the registrar’s office at the Kosovo Specialist Chambers.