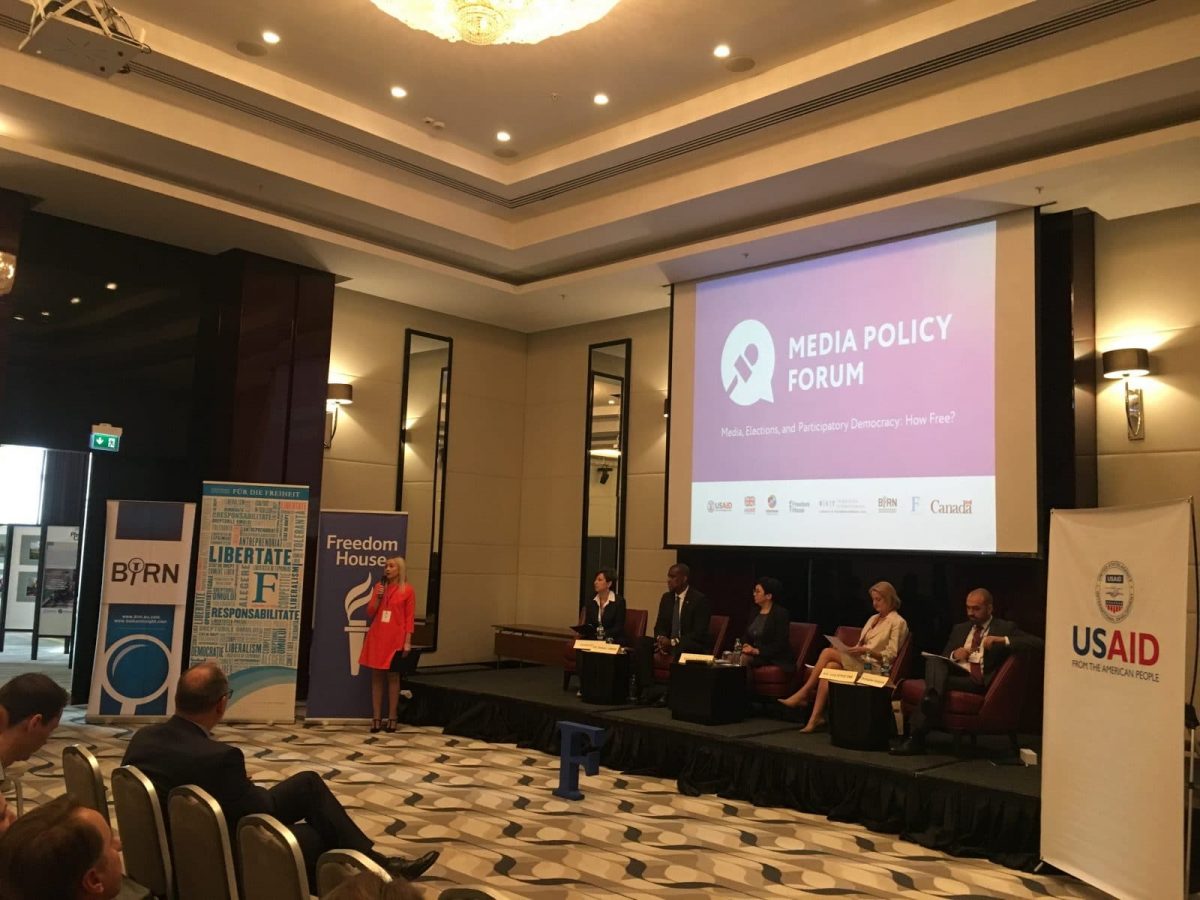 The US, EU, British and Canadian ambassadors attend the first panel at the Media Forum Policy in Chisinau on May 14. Photo: BIRN/Madalin Necsutu

The aim of the discussions was identifying policy solutions that maintain respect for international standards on free expression with attention to key issues around elections.

“These include defending digital space, fostering fair elections coverage, countering disinformation, and promoting free speech,” said Tatiana Puiu, a representative of Freedom House in Moldova, at the beginning of the conference in Chisinau.

The US ambassador to Chisinau, Dereck J. Hogan, urged independent media and journalists in Moldova to maintain their objectivity and not become intimidated out of doing their job.

Then deputy head of the EU delegation to Moldova, Urszula Pallasz, said there should be more attempts to foster media literacy in Moldova. 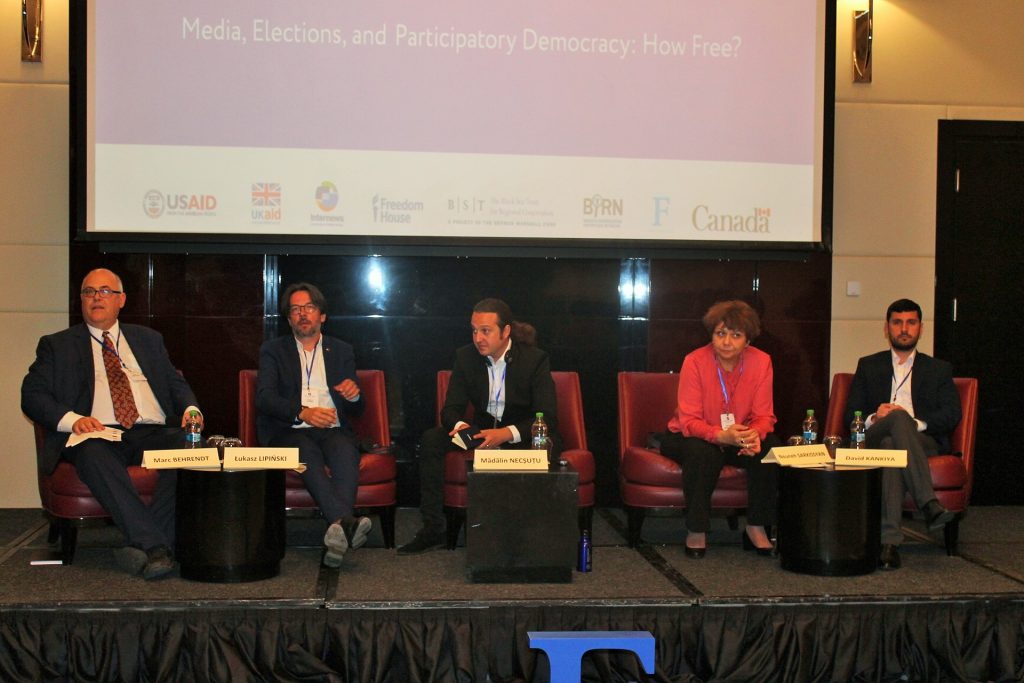 Pallasz quoted an OSCE report published after Moldova’s parliamentary elections on February 24 this year, which said access to information around elections was restricted due to the concentration of ownership of media.

Independent reports say that more than 80 per cent of the country’s media is concentrated in the hands of political parties and individuals connected to the authorities.

The event in Chisinau brought together a wide array of experts from civil society, independent media, government, academia, and the international donor community.

BIRN’s correspondent in Moldova, Madalin Necsutu, spoke about the media landscapes both in Romania and Moldova during electoral campaigns on a panel entitled ‘Leveling the Playing Field: Fostering Fair Elections Coverage’.

“Like in Moldova, the Romanian media is confronting the concentration of media in the hands of political parties and restricted access to public information,” he said.

He added that in recent years, media in Romania have focused on becoming more independent, particularly with the help of crowdfunding.

But David Kankiya, a Russian election analyst, said that Russia is adopting more and more restrictive legislation regarding the media and freedom of speech, which also affects the internet.