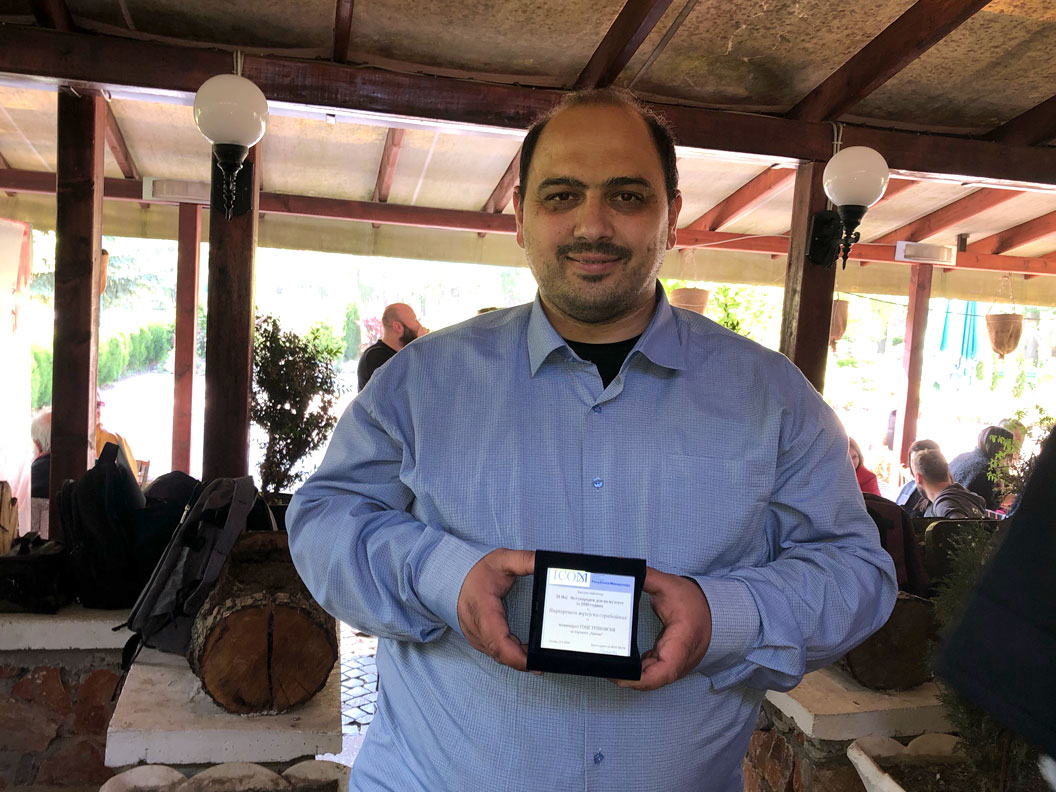 The award was presented at the celebration for the International Museum Day on May 18, at the ASNOM Memorial Centre, a national landmark in the village of Pelince commemorating the establishment of the independent Macedonian state in 1944.

After the devastating fire at the Notre Dame cathedral in Paris in April this year, BIRN published an in-depth article documenting the risks to numerous cultural heritage sites in North Macedonia. The country has more than 1,200 sites – houses, public buildings, ancient ruins, churches, mosques, fortsas towers – listed as being under protection.

The article revealed that some unique historical sites like the Skopje Aquaduct are crumbling, despite politicians’ promises to restore them, while many listed sites owned by non-state entities (religious buildings, private houses and others) lack appropriate equipment in case of fire or other disasters, which they should have under the law.