BIRN is mentioned in two new international reports on media freedom and the difficulties and dangers that journalists in the Balkans are facing in their work. 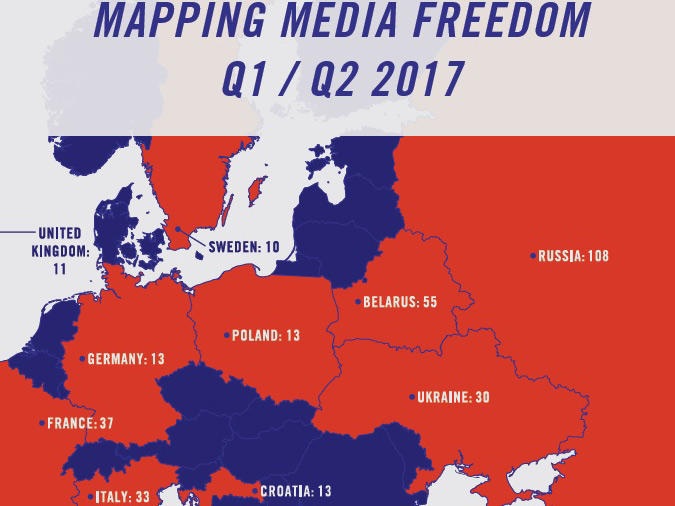 BIRN is mentioned in two new international reports on media freedom and the difficulties and dangers that journalists in the Balkans are facing in their work.

Violence against journalists in the Balkans is widespread, with 15 assaults in the first half of 2017, says a new report by Mapping Media Freedom, a project run by Index on Censorship in partnership with the European Federation of Journalists and Reporters Without Borders.

It also mentions BIRN and the lawsuits issued against it for reporting on criminal investigations into the family assets of an Albanian judge.

“During the first quarter of 2017, the MMF database registered several trends that we find to be acute challenges to media freedom,” said Hannah Machlin, project manager at Mapping Media Freedom.

“Some European governments have clearly interfered with media pluralism. Others have harassed, detained and intimidated journalists. All of these actions debase and devalue the work of the press and undermine a basic foundation of democracy,” Machlin added.

In an article entitled Serbia and the EU: Stability over Democracy, published in EU Observer, Steve Crawshaw, senior advocacy adviser at Amnesty International and a board member of BIRN, describes the Serbian mainstream media context as dominated by pro-government voices.

“The state television news and the majority of privately owned channels provide a steady drumbeat of unquestioning support, where little to no criticism of government policies can be heard. Media ownership is often opaque, and demonising alternative voices is routine,” Crawshaw wrote.

Suggesting that the EU is prioritising stability over democracy or human rights, the article quotes Dragana Zarkovic-Obradovic, the director of BIRN Serbia, who said: “They are allowing [President Aleksandar Vucic] to poison the public – and that will backfire. He is feeding [them] all the worst things, and destabilising the country.”

Crawshaw concludes that “the bottom line remains: human rights and stability are not alternatives but two sides of the same coin – and the rule of law is essential for both. We cannot afford to ignore that simple truth.”