Hearing started in Tirana in a case brought by Gjin Gjoni, an Appeals Court Judge, and his wife, Elona Caushi, who claim they have suffered ‘moral anguish’ from BIRN reports and are seeking compensation. 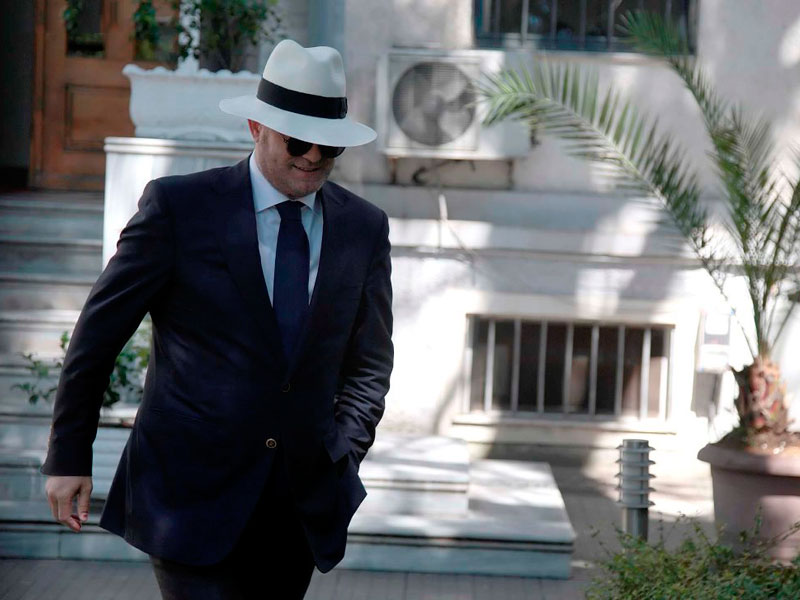 The case of Judge Gjin Gjoni and his wife against BIRN Albania and its journalists, Aleksandra Bogdani and Besar Likmeta, started in the First Instance Court of Tirana on Wednesday and in the presence of several observers from local and international organisations.

Gjoni, an Appeals Court judge and member of the High Court of Justice, and his wife, Elona Caushi, a businesswoman, claims three BIRN articles published in Reporter.al, BIRN Albania online publication, caused them anguish and are demanding 52,000 euros in compensation from both BIRN Albania as an organisation and from the journalists.

One of the articles reported on the closure of an investigation against the judge, accused by the High Inspectorate for Declaration and Audit of Assets and Conflicts of Interest, of concealing wealth, falsifying official documents and money laundering.

The second one stated that the case against him has been reopened while the last showed the ten richest judges in the country based on their wealth statements – including Gjoni.

BIRN Albania stated in the court that it stands by the stories and considers the lawsuit baseless. The next hearing is scheduled for September 12.

Gjoni and his wife filed a separate lawsuit against the Tirana newspaper Shqiptarja.com and its journalists, Elton Qyno and Adriatik Doci. In this, the plaintiff seeks about 14,800 euros damages from the newspaper and 7,400 euros from each of the journalists.

The lawsuits have drawn criticism from both Albanian and international rights organisations as an attempt to intimidate journalists and to push them into self-censorship, so they drop further reporting on issues of public interest.

The European Federation of Journalists, a body representing about 320,000 journalists, called the lawsuits a “malicious use of the law”, in a press release on June 16.

EFJ President Mogens Blicher Bjerregard said: “The European Federation of Journalists believes the malicious use of the law in this case is a mean of pressure and harassment against journalists. It seems clear that the real aim of the lawsuit is to intimidate and to silence journalists reporting on matters of public interest.”

The Union of Albanian Journalists, based in Tirana, condemned the lawsuits in an earlier press statement as “doomed to fail”.

“The Union of Albania Journalists has been informed of the judicial assault launched by the member of the High Council of Justice, Gjin Gjoni, against several journalists and respective media, under the legal claim that his image has been tainted,” the Union said in a statement.

“The Union considers this process from a controversial name as an attempt doomed to fail from the start,” it added.