Denis Dzidic, director of the Balkan Investigative Reporting Network Bosnia and Herzegovina, was given a Nino Catic Journalism Award on Friday for long-term reporting about the Srebrenica genocide and for contributing to preserving the truth about the July 1995 mass killings. 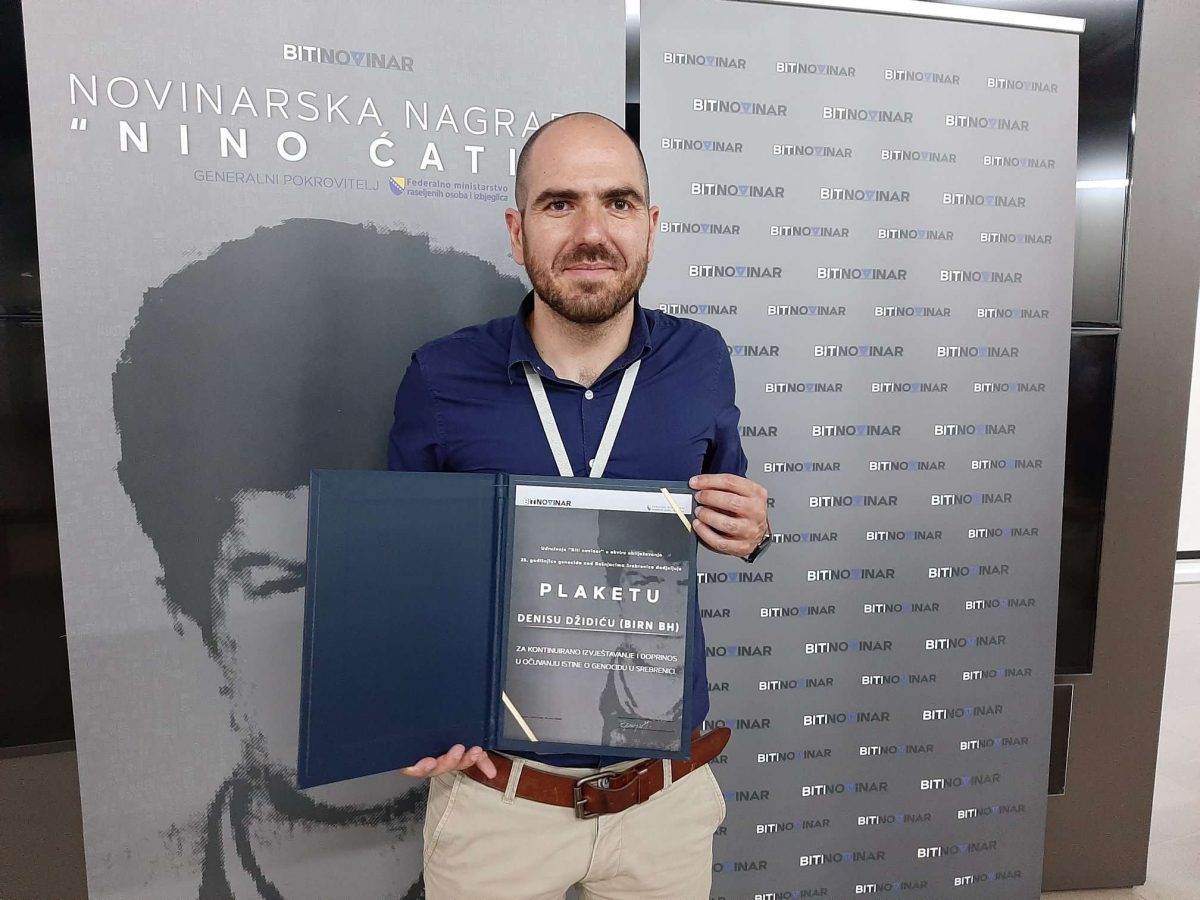 Dzidic was presented with the award by the Biti Novinar Association from Tuzla at the Srebrenica Memorial Centre a day before the commemoration of the 25th anniversary of the genocide.

Other journalists who were given Nino Catic awards included Alema Kazazic for the best TV footage and Ismet Becar for a radio piece. The award was also given to Samir Karic in the ‘written text’ and ‘photography’ categories, while Edina Latif was given the award in the ‘blog’ category.

“I think that every journalist has a special relationship with the truth, as a goal and a challenge. When reporting on genocide and war crimes, the relationship becomes more complex and more important,” Dzidic said during the award ceremony.

“In that sense, the fact that I have been presented with a plaque of recognition, which was named after our colleague Nino Catic, for preserving the truth about Srebrenica over a long period, gives me a sense of honour, but also an obligation for us, at BIRN, to continue reporting on the truth and on Srebrenica,” he added.

Dzidic was appointed director of BIRN Bosnia and Herzegovina in October 2019 after working as an editor and journalist for BIRN. He has reported on war-crime trials at the Bosnian state court and the Hague Tribunal since 2008. He has written numerous pieces of analysis and created various TV programmes about the Srebrenica genocide.

Nihad ‘Nino’ Catic was a journalist from Srebrenica. During the war, he broadcast daily reports on the situation in the town. His last contribution to a live programme was on July 10, 1995, and he was last seen on July 11, 1995, when Bosnian Serb forces seized Srebrenica. He disappeared and his remains have never been found.

The Nino Catic award ceremony was organised under the patronage of the Federal Ministry of Displaced Persons and Refugees with support from the BH Journalists’ Association, the Organisational Board for Marking the 25th Anniversary of the Srebrenica Genocide, the Srebrenica-Potocari Memorial Centre, the Women of Srebrenica Association, the Tuzla Cantonal Government and the City of Tuzla.