BIRN Kosovo and Democracy Plus, D+, with the support of the British Embassy, organised a roundtable discussion on March 11 to talk about their newly-published Monitoring Report on the Integrity of Kosovo’s Tax Administration, TAK. 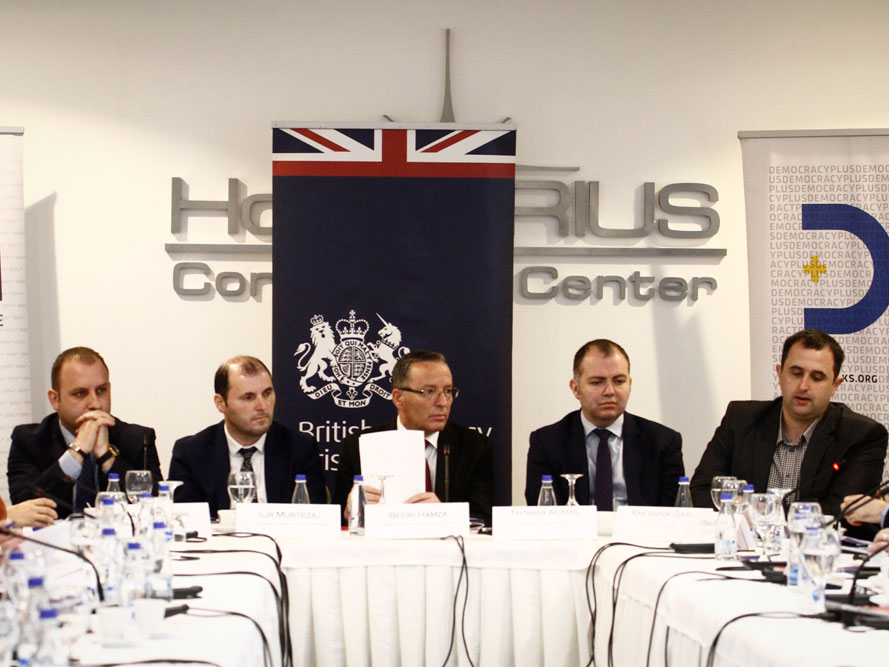 At the discussion, findings from work carried out between September 2018 to February 2019 were published – a seven-month period of direct monitoring. This is among the first reports of its kind to be produced and published by local NGOs.

The monitoring was launched as a result of the reported low level of confidence that citizens have in TAK, and their perceptions about the level of corruption in the institution.

The aim of the report was to identify the ‘black holes’ in the process and raise red flags about the need for improvements in the standards, procedures and legal bases which enable and improve integrity within TAK.

Kreshnik Gashi, managing editor at BIRN’s Kallxo.com site, and Visar Rushiti, Policy Analyst at Democracy Plus, presented the findings of the monitoring report.

“This is one of the first reports produced by civil society on this topic and which looks into what is happening in TAK in depth,” said Gashi.

Thomas Adams, the deputy head of the British Embassy in Kosovo, said that the United Kingdom would support the findings and the recommendations of the report published by BIRN and D+.

The report concluded that TAK must seriously engage in improving the overall situation at the institution. Among the 15 recommendations made, BIRN and D+ suggested improvements to the Disciplinary Commission of TAK, the efficiency of its staff and resources, and for tax inspectors to be included among the public officials required to declare their assets.

The director of the Kosovo Tax Administration, Ilir Murtezaj, said that the institution will try to make changes according to the issues raised in the monitoring report.

“We will try to address the findings and recommendations of the report and implement them to the fullest possible level. We have implemented some of the findings that are in the report, such as the creation of a Disciplinary Commission,” said Murtezaj.

The discussion was attended by Kosovo Finance Minister Bedri Hamza and  Afrim Atashi, the director of the Corruption Prevention Department at the Anti-Corruption Agency, as well as representatives of NGOs and relevant institutions.