The Balkan Investigative Reporting Network in Albania launched its monitoring report on transparency of courts in Albania on October 30. 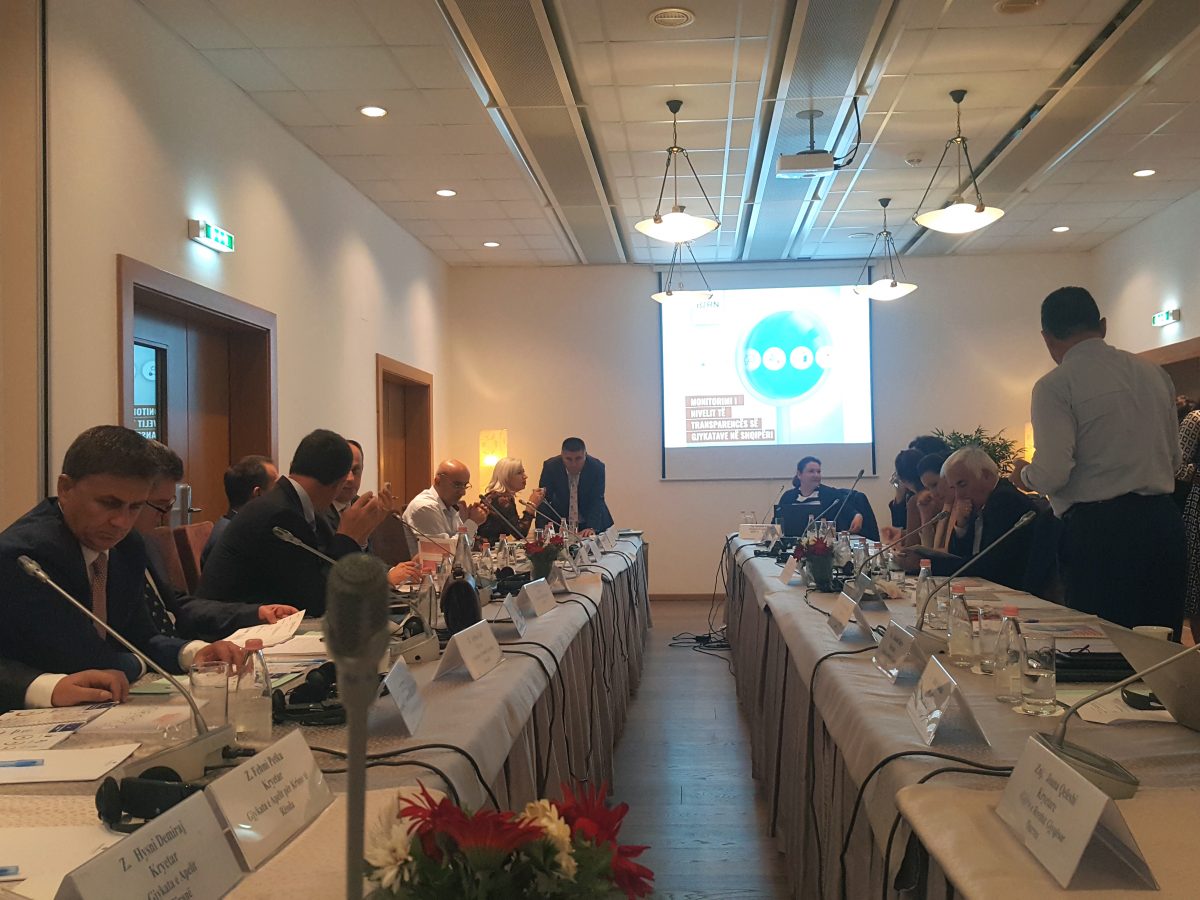 BIRN Albania presented its Monitoring Report on Court Transparency during a roundtable with chief justices from the country’s First Instance and Appeals Courts on October 30.

The event was organised by USAID’s “Justice for All” programme, which has supported the publication of the report.

This monitoring report assesses the transparency of all courts in the country with respect to the information categories that these institutions make public through various means of communication with citizens.

The findings aim to encourage a willingness and readiness among judicial institutions to increase their level of transparency, as well as serve as a base study for further progress assessments.

For this purpose, Albania’s Constitutional Court and 38 courts that are part of the local judicial system were monitored on 36 indicators deriving from the legal framework that is currently in force.

The monitoring was conducted by combining three different methods of data collection: on-site monitoring in each court; online monitoring through court websites; and via requests for information submitted to them.

The chief justices present during the round-table welcomed the report as a tool that will aide their staff to better serve the public and improve its access to justice.

The baseline report will be followed by another report in a year’s time, while BIRN Albania will work with the “Justice for All” programme to train court staff to the requirements of the law on freedom of information and the legal framework on proactive transparency.

Read the report in Albanian.

Read the report in English.